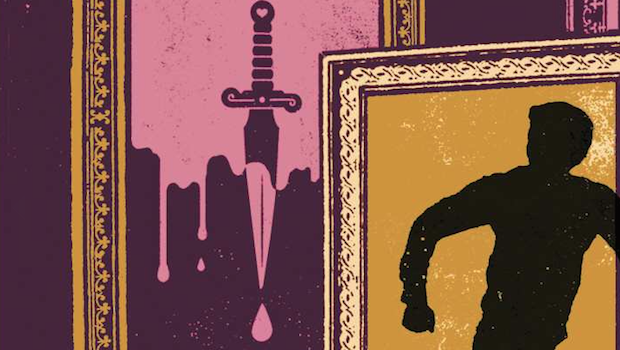 Blurb: Morris Duckworth has a dark past. Having married and murdered his way into a wealthy Italian family he has long left aside the paperweight and the pillow to become a respected member of Veronese business life. But it’s not enough. Never satisfied with being anything short of the best, he comes up with a plan to put on the most exciting art exhibition of the decade, based on a subject close to his heart: killing. All the great slaughters of scripture and classical times will be on show, from Cain and Abel, to Brutus and Caesar. But as Morris meet stiff resistance from the Neapolitan director of Verona’s Castelvecchio museum, everything starts to unravel around him. His children are rebelling, his mistress is asking for more than he wants to give, his wife is increasingly attached to her ageing confessor, and worst of all it’s getting harder and harder to ignore the ghosts that swirl around him, and the skeletons rattling in every cupboard. The shame of it is that Morris Arthur Duckworth really did not want to have to kill again. (Harvill Secker, July 2014)

“For those of us who love Italy, but also love to lament it, Painting Death is great fun – if hardly flush with social nuance. Parks’s previous novel, The Server, seemed to have been blanched of humour by its drab setting in a Buddhist retreat; his renewed sense of mischief in this book is welcome. He cranks up the stereotypes – a mafioso cardinal, fiddling priests, political plonkers – and finds a rich comic seam in that discrepancy between clandestine dealings and proud reputations which so bedevils the country.”

“Parks has a fine time making Duckworth jump through the hoops of sex, money and death. After an episode of transient global amnesia, which leaves Duckworth, the reader and, I suspect, Parks, equally nonplussed, the denouement is quite unexpected but satisfyingly bloody. This would be a good novel to savour by the pool in Tuscany this summer.”

“Parks has lived in Italy since 1981, and there’s a pointed satire on Italian tolerance and impunity in his horribly plausible protagonist, who rescues himself from damning predicaments. This satirical impulse is what unbalances Painting Death, which begins as a mordant thriller and ends up a nightmarish farce. Parks writes with wit, but the novel spins into lunacy when it turns away from Morris’s interior musings to make him the patsy in a conspiracy that ensnares the Church, the Mafia, the Freemasons, the Libyans and a host of the shouting dead.”