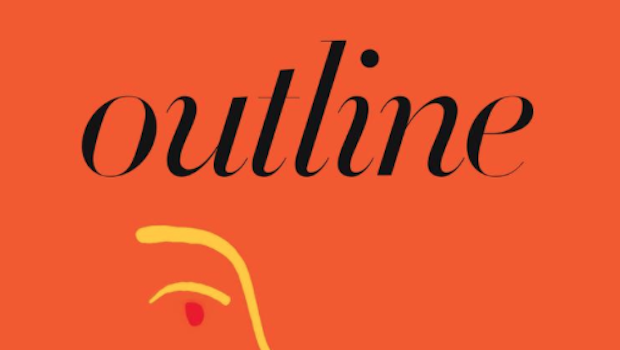 Blurb: A woman writer goes to Athens in the height of summer to teach a writing course. Though her own circumstances remain indistinct, she becomes the audience to a chain of narratives, as the people she meets tell her one after another the stories of their lives. Beginning with the neighbouring passenger on the flight out and his tales of fast boats and failed marriages, the storytellers talk of their loves and ambitions and pains, their anxieties, their perceptions and daily lives. In the stifling heat and noise of the city the sequence of voice begins to weave a complex human tapestry. The more they talk the more elliptical their listener becomes, as she shapes and directs their accounts until certain themes begin to emerge: the experience of loss, the nature of family life, the difficulty of intimacy and the mystery of creativity itself. (Faber & Faber, September 2014)

“There’s no great plot or overarching conflict, no exotic material, no satirical contrivance; not even (and this seems new for Cusk) any overt social or political axe to grind. In parallel with her narrator’s rejection of certain social conventions, Cusk seems to be rejecting the conventions of a certain kind of fiction. Her narrative consists almost entirely of encounters with people whom Faye, the writer, meets: on the plane, in the classroom and at various cafes and restaurants in Athens … Everything is staked on these encounters, which is to say, on Faye’s powers of observation and understanding, and her ability to invest the ordinary flux of life with meaning … To my mind Outline succeeds powerfully.”

“There’s no conventional narrative arc – indeed, there are so many stories-within-stories that you frequently forget who is speaking. There’s no one you can root for or even believe in very strongly, and the novel offers few of the standard expected rewards of fiction. It doesn’t matter – every single word is earned, precisely tuned, enthralling. Outline is a triumph of attitude and daring, a masterclass in tone.”

“Those who still believe in narratives could read this novel as the latest instalment of Cusk’s own life story, the next chapter after A Life’s Work and Aftermath. The conversations in Outline circle around those same themes – of women and men, love and marriage, children and work, success and failure. Yet in the midst of the chatter of those binary opposites thrums the white noise of Faye, her assertive blankness a kind of ground zero for power politics.”

“I can’t think of a book that so powerfully resists summary or review, that resists these things not only by being complex – for Outline is deceptive and artful in its simplicity – but also by its founding principle, that we are only what we say we are from moment to ephemeral moment. To offer a definitive response to such a book is to make the same mistake as many of her characters, creating a version of events that cheats truth. Inevitably, the only way to get anywhere close to the elusive and fascinating core of Outline is to read it.”

“Like the non-fiction that came before it Outline is a book about what it means to be a woman, but in it Cusk has transformed sentiment that was derided as gushing self-obsession and self-pity into a uniquely graceful and innovative piece of artistic self-possession, which achieves the rare feat of seamlessly amalgamating form and substance.”

“Although Cusk comes across as an uncompromising, even difficult person, my fears that she would trample all over the Greeks were unfounded. Instead, she has collected some compelling, unusual characters in a book whose almost dream-like quality has razor-sharp edges.”

“It is hard to shake the feeling that Outline’s near-anonymous narrator — writer, mother, recently separated from her husband — is Cusk herself, bruised and damaged from divorce but fractionally warmer for it. It is a rich, thoughtful read, though writers, or at least certain types of the species, do not emerge well, variously described as adults who have failed to grow up or narcissists … There are some profound insights into human failings and frailty, into lack of self-awareness, though almost every character is in some way irritating, which makes it hard to care much about them.”

Outline by Rachel Cusk The Omnivore