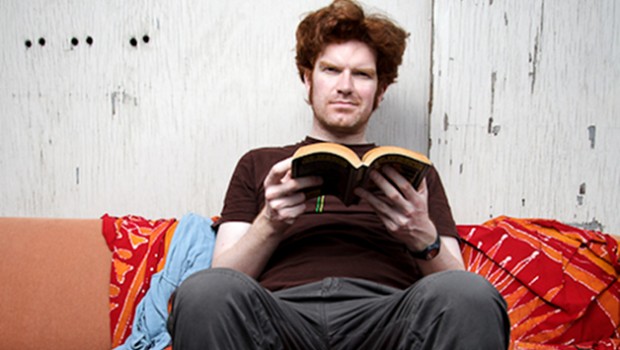 Poet, educator, inspiration, sex god, Richard, 30 from London, tells us how he’s preparing for his solo tour to Canada and why he’d like a woman like Angela Carter but usually ends up with the Sylvia Plaths. If his dulcet tones on Radio 4 leave you gagging for more, ask him out via love@theomnivore.com.

What are you reading at the moment?
Poetry: Bob Hicok is a new discovery for me. His subject is largely his own imagination, examining his own thought patterns and associations very well, keping it light through very dark topics, such as the Virginia Tech massacre, carried out by an ex-pupil. As an ex-slam poet he’s funny, political, humane and reads well on the page. He’s obviously indebted to Frank O’Hara but who isn’t? Novels: Finally got round to Fowles’ The Magus, but haven’t found the Waiting Room yet.

What have you just finished reading?
Umbrella by Will Self. I really like Zack Busner as a character, even when he’s not a chimp, and it was great to pry more into his life at various points throughout it. Self’s historical research and the magical realism rang true and although it was crushingly sad, both as a stylistic departure and an example of Modernism it succeeded – well, unlike Ulysses I got to the end of it.

What will you read next?
I’m taking my solo show to Canada, and the last time I encountered Canadians they completely bemused me, so I should read something to enter their mindset. According to Wikipedia “some Canadian novels revolve around the theme of the search for one’s identity and the need to justify one’s existence…” Well, I can identify with that. “…A good example is Robertson Davies’s Fifth Business, in which the main character Dunstan Ramsay searches for a new identity by leaving his old town of Deptford.” I currently live in Deptford. The choice is made.

Which author do you have a crush on?
Angela Carter! Imagine making her come! She could deconstruct it all in a feminist context with reference to de Sade afterwards. More difficult would be deciding who got to work up such pillow talk into an article. In reality, as most of my social life revolves around spoken word events I usually end up with the Sylvia Plaths. In my overnight bag are condoms, viagra, iodine and plasters.

What’s the sexiest thing you’ve ever read?
Either ‘To his coy mistress’ or Nigel Havers’ autobiography. Can’t decide.

Which book would you give someone you’re trying to impress?
I’m about to give Umberto Eco: Foucault’s Pendulum to a girl who reads Dan Brown novels. It’s about a group of cynical conspiracy theorists who concoct the ideal conspiracy theory involving Rosicrucians, Templars, etc – then run into a bunch of genuine conspiracy theorists who believe the former have hit upon forbidden secrets, and hunt them down one by one. Eco once said at a Q&A that Dan Brown was in fact one of his fictional characters. It’s so meta that after reading it, you question how many layers of reality there are in the world, and if they are in fact the same as layers of narrative or indeed, irony. 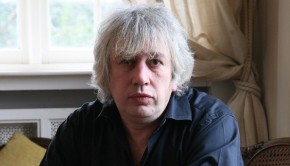 Will Self on Guy Debord, LRB →