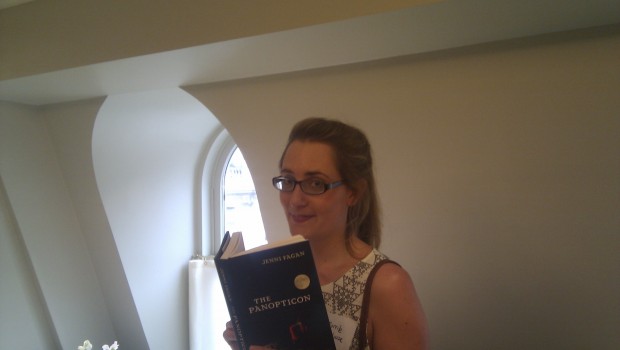 A beguiling mixture of brains and beauty, French and Italian-speaking Fran, 27 , from north London, works in publishing. She tells us about her crush on Javier Marías and why exactly Jane Austen is so sexy. Ask Fran out via love@theomnivore.com quoting Box 2906.

What are you reading at the moment?
I just started All That Is by James Salter. The main character has just moved to New York to start a job in publishing – at a time when I think the equivalent of the Omnivore Pin-Up was a champagne-fuelled launch party… Oh well.

What have you just finished reading?
Stoner by John Williams – it’s not what you’re thinking – an amazing, gentle, wise, rediscovered classic about an English professor in a Missouri backwater. For some reason, it started selling hundreds of thousands of copies in Holland … The power of Google combined with liberal drugs policies. I also just read The Waves by Virginia Woolf, and May We Be Forgiven by AM Homes. A strange, intense mix. I loved both.

What will you read next?
I’m in a classics-we-feel-guilty-we-haven’t-read book club – next up is The Trial, then Gravity’s Rainbow. Gulp.

Which author do you have a crush on?
He’s getting on a bit now, but I reckon Javier Marías has still got it.

What’s the sexiest thing you’ve ever read?
Not obviously steamy, but Jane Austen can write spark. Nothing sexier.

Which book would you give someone you’re trying to impress?
For a crush: an advance proof. For anything more… That would be telling.