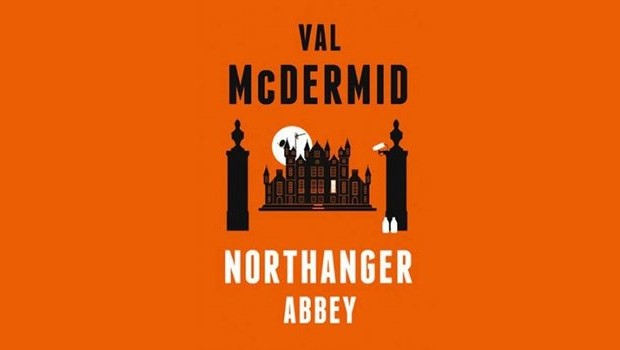 Blurb: A modern re-imagining of the Gothic Classic Northanger Abbey by the bestselling crime author Val McDermid. The second book in The Austen Project. Seventeen-year-old Catherine ‘Cat’ Morland has led a sheltered existence in rural Dorset, a life entirely bereft of the romance and excitement for which she yearns. So when Cat’s wealthy neighbours, the Allens, invite her to the Edinburgh Festival, she is sure adventure beckons. Edinburgh initially offers no such thrills: Susie Allen is obsessed by shopping, Andrew Allen by the Fringe. A Highland Dance class, though, brings Cat a new acquaintance: Henry Tilney, a pale, dark-eyed gentleman whose family home, Northanger Abbey, sounds perfectly thrilling. And an introduction to Bella Thorpe, who shares her passion for supernatural novels, provides Cat with a like-minded friend. But with Bella comes her brother John, an obnoxious banker whose vulgar behaviour seems designed to thwart Cat’s growing fondness for Henry. (The Borough Press, March 2014)

“McDermid is a proudly lesbian, Scottish-noir crime writer, routinely mentioned in the same breath as Ian Rankin. There is, I think I’m right in saying, not a single Scot in the whole Austen oeuvre. But despite what may look like incompatibility, McDermid has made a brilliant job of the mission she’s been given. Two things are necessary to get full value from her update. The first is a close recollection of the original Northanger Abbey, in order to appreciate both deviation and parallelism. The second is an intimate knowledge of Edinburgh.”

“Among Austen’s abiding felicities is a gift to make us relish the lively company of her characters, be they dark or emitting light. McDermid maintains this magnetic quality. The novel’s hero, Henry Tilney, a trainee lawyer, dry-witted, generous and decent, is Cat’s ideal match, handsome beyond the requirement of natural selection and, in essentials, a romantic.”

“While the book is darker than Austen’s original, its strategies are very much those of the teenage/young adult novel in which exposition is crystal clear and straightforward characterisation is built into every line of dialogue; we know exactly where we are at any point in this book, and for the younger female reader, a vivid experience (with some nicely sardonic observations about modern society) is guaranteed.”

“It all swings along at a good pace, with a kind of knowing zest. But it isn’t quite convincing. The direct references to Austen are overdone – Eleanor Tilney is described as acting like she is “out of Pride and Prejudice” and it is hard to believe that even an unsophisticated vicar’s daughter would be quite so excited about learning country dancing.”

“McDermid’s great virtue is to have made Austen’s characters seem fresh in the way they would have been for her first readers. When the minxy Bella Thorpe, supposed to be engaged to Cat’s brother, attempts to justify dancing with a handsome soldier (“I feel like I did my bit for the troops tonight. My personal Help for Heroes”), she reveals all her hypocrisy, vanity and absurdity in a single perfect phrase, in the patented Austen manner. I can imagine Jane herself applauding.”

“This is a fun rendering, but McDermid has her work cut out translating some elements of Austen’s plot. It is a struggle to believe that Cat’s otherwise sensible brother would become engaged to the ghastly Bella after just a few weeks. And Cat would have to be a halfwit to convince herself that the Tilneys are vampires, teeth or no teeth. Austen’s women were economically disenfranchised, trapped by their gender. Her wit and irony were subversive, her novels revolutionary acts that made intelligent, subtle, undermining stabs at the power structure that had her by the throat. These modern characters go through timeless Austen emotions — love, grief, loss — but there is infinitely less at stake.”

“Her reworking is both more and less than it needs to be, and shows every sign of a professional writer putting her foot to the floor in first gear.”

“We must believe she could fancy that the stiff, peremptory Falklands veteran General Tilney, who looks “amazingly young”, therefore just might be a vampire. After all, there don’t seem to be many mirrors in the house. Tilneymère is supposed to have died of leukaemia four years earlier, but young Cat “couldn’t help a tiny niggling voice in the back of her head muttering about bad blood and vampires”. Perhaps Mrs Tilney is a prisoner in one of the towers of the former abbey in the Scottish Borders that is the Tilney home? Or perhaps her husband murdered her? Or are the Tilneys a whole family of the undead? Cat may be a callow teenager from deepest Dorset but her delusions are as incredible as they are indistinct.”