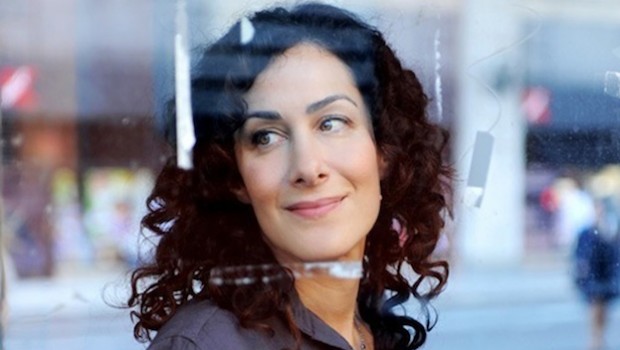 Blurb: At twenty-three, after leaving graduate school to pursue her dreams of becoming a poet, Joanna Rakoff moves to New York City and takes a job as assistant to the storied literary agent for J. D. Salinger. She spends her days in the plush, wood-panelled agency, where Dictaphones and typewriters still reign and old-time agents doze at their desks after martini lunches, and at night she goes home to the tiny, threadbare Brooklyn apartment she shares with her socialist boyfriend. Precariously balanced between glamour and poverty, surrounded by titanic personalities and struggling to trust her own artistic sense, Joanna is given the task of answering Salinger’s voluminous fan mail. But as she reads the candid, heart-wrenching letters from his readers around the world, she finds herself unable to type out the agency’s decades-old form response. Instead, drawn inexorably into the emotional world of Salinger’s devotees, she abandons the template and begins writing back

“Anyone who can remember the fear of feeling hopelessly out of their depth in a first job should get a kick out of My Salinger Year… Rakoff’s prose is precise and often amusing. Her patronising boyfriend, Don, makes a great love-to-hate character”

“Who knows what Salinger, so fiercely protective of his own seclusion, would have thought of his role as the trellis around which this graceful, rather elusive fragment of memoir twines its elegant prose? Perhaps he would have been touched to know how his writing continues to change the lives of his readers: each one of us convinced he is speaking uniquely to our own experience.”

“There is a tacit agreement between reader and writer that the word-for-word conversations, shoe choices or sandwich fillings in a memoir are “real”. Rakoff acknowledges this tension at the start with a quote describing her account as “the truth as best she can tell it”. But while memoir always contains a good dose of fiction it is best not to be reminded of this while reading. Still, this book is hard to put down. It is like a self-centred friend, drawing you in, demanding sympathy, admiration and attention: both uncomfortable and irresistible in equal measure.”

“A quote on the jacket calls Rakoff “the literary world’s Lena Dunham”, and while that’s not a great comparison in artistic terms – Rakoff’s work is less overtly comedic, less sexual, and nostalgic rather than current – it does highlight the fact that the two invite similar criticism. They write, to coin a sneery phrase, about “first world problems”, and they make little apology for their protagonists being quite mean-minded, self-interested people… Odd on a different level is the fact that this book has close to nothing to do with Salinger.”

“…full of fabrication and thin on revelation… In the kind of disclaimer one doesn’t like to read at the beginning of a tell-all memoir (or any memoir), Rakoff states: “I’ve fiddled with the chronology of a few events, and I’ve changed the names – and identifying traits – of most, though not all, of the people.” You’d be forgiven for wondering what Rakoff didn’t change. You’d also be forgiven for wondering on what principle she has protected various glad-handing literary agents while betraying a deeply wounded eremite whose privacy she was once employed to protect”

My Salinger Year by Joanna Smith Rakoff The Omnivore