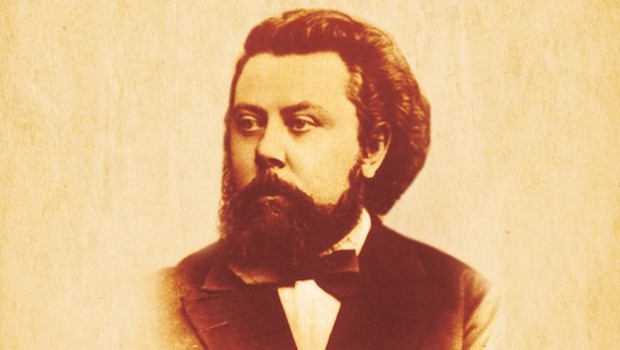 Musorgsky and his Circle: A Russian Musical Adventure by Stephen Walsh

Blurb: The extraordinary group of Russian composers who came together in St Petersburg in the 1860s – long known as ‘The Mighty Handful’, but, as the moguchaya kuchka, better translated as ‘the great little heap’ – gave rise to one of the most fascinating and colourful stories in all musical history. Stephen Walsh, author of a major biography of their direct successor, Stravinsky, has written an absorbing account of Musorgsky and his circle – Borodin, Cui, Balakirev and Rimsky-Korsakov. With little or no musical education they created works of lasting significance – Musorgsky’s Boris Godunov, Borodin’s Prince Igor and Rimsky-Korsakov’s Sheherazade. Written with deep understanding and panache, The Kuchka, is highly engaging and a significant contribution to cultural history.

“Fascinating… Stephen Walsh is as good a guide as you could want through all this disorganised creativity, his writing sound, sharp-witted and musically insightful. Never afraid to call them out on their arrogance or indolence, he tries not to be too headmasterly in his frustrations with their woeful end-of-year report cards.”

“Synthesising recent scholarship with particular reference to the controversial musicologist Richard Taruskin, Walsh proves the most wisely sympathetic and quietly authoritative of guides to these frustrating but fascinating personalities. Musorgsky and His Circle is not designed for anyone in a hurry – its pace is expansive, its tone reflective and genial – but it constructs a richly detailed and absorbing saga of a remarkable cultural phenomenon. The general reader need not worry that he or she will be excluded by specialist discourse: there is only one music example and Walsh has the rare gift of describing the functioning of a score without resorting to arcane technicalities.”

“Walsh’s book covers a great deal of ground, unearthing some real rarities from the loose milieu and a lot of faintly nutty polemics… The book labours, however, under an apparent condition of publishers about studies of music these days; they must not contain music examples … There is a reason why musical notation was invented, and it’s because verbal accounts are hard to follow and ambiguous … This is a pity, because with the rise of e-books, the whole thing is unnecessary; rather than such verbal description, or a potentially unreadable piece of music notation, the reader could click on a sentence and hear the example.”

Musorgsky and his Circle: A Russian Musical Adventure by Stephen Walsh The Omnivore