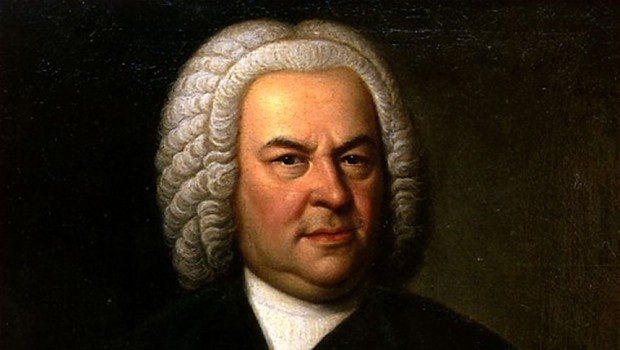 Music in the Castle of Heaven: A Portrait of Johann Sebastian Bach by John Eliot Gardiner

Blurb: Johann Sebastian Bach is one of the most unfathomable composers in the history of music. How can such sublime work have been produced by a man who (when we can discern his personality at all) seems so ordinary, so opaque – and occasionally so intemperate?

John Eliot Gardiner grew up passing one of the only two authentic portraits of Bach every morning and evening on the stairs of his parents’ house, where it hung for safety during the Second World War. He has been studying and performing Bach ever since, and is now regarded as one of the composer’s greatest living interpreters. The fruits of this lifetime’s immersion are distilled in this remarkable book, grounded in the most recent Bach scholarship but moving far beyond it, which explains in wonderful detail the ideas on which Bach drew, how he worked, how his music is constructed, how it achieves its effects – and what it can tell us about Bach the man.

Gardiner’s background as a historian has encouraged him to search for ways in which scholarship and performance can cooperate and fruitfully coalesce. This has entailed piecing together the few biographical shards, scrutinising the music, and watching for those instances when Bach’s personality seems to penetrate the fabric of his notation. Gardiner’s aim is ‘to give the reader a sense of inhabiting the same experiences and sensations that Bach might have had in the act of music-making. This, I try to show, can help us arrive at a more human likeness discernible in the closely related processes of composing and performing his music.’

It is very rare that such an accomplished performer of music should also be a considerable writer and thinker about it. John Eliot Gardiner takes us as deeply into Bach’s works and mind as perhaps words can. The result is a unique book about one of the greatest of all creative artists.

SIR JOHN ELIOT GARDINER is one of the world’s leading conductors, not only of Baroque music but across the whole repertoire. He founded the Monteverdi Choir and Orchestra, the Orchestre de l’Opéra de Lyon, the English Baroque Soloists, and the Orchestre Revolutionnaire et Romantique. He has conducted most of the world’s great orchestras and in many of the leading opera houses. He lives and farms in Dorset.

“It is rare indeed to find a working musician with a high-profile international career who also has the versatility and talents (not to mention the sheer energy and dedication) to produce a work of real scholarship and originality. Music in the Castle of Heaven is sure to be found on the bookshelves of Bach-lovers for many years to come, though perhaps not long enough to see Bach’s music reach Gliese 445.”

“Only a conductor could write as vividly as Gardiner about the thrills to be extracted from every bar of Bach’s majestically dramatic music, with its switchback shifts between horror, ecstasy and corybantic joy, and its plate-spinning stunts with simultaneous melodic lines. As an exploration of Bach’s labyrinthine thought-processes, and as an analysis of his music’s overwhelming emotional power, this book will now be required reading – ideally in tandem with Christoph Wolff’s magisterial biography – for listeners and performers alike.”

“Gardiner can be wonderfully Wagnerian, and the book is a pleasure to read, though he shares with Wagner both a breadth of understanding and an occasionally cluttered way of presenting a thesis … It is on Bach’s compositional method that Gardiner’s ability to convey his enthusiasm is at its highest. His detailed commentaries on individual sections of cantatas and examples of how theology is represented in sound are ear-opening, and surely a reason for his success as a conductor … another monumental achievement by John Eliot Gardiner.”

“Gardiner, as this book amply demonstrates, reads and thinks about the music with astonishing depth … It is worth mentioning that those unacquainted with at least the basics of musical theory and practice might struggle in some sections: those with even a smattering of knowledge will find them truly enlightening. ”

“Gardiner’s prose style doesn’t quite dance like his performances, and he darts around topics like a showoffy don at High Table, but he weaves industrial-strength scholarship, musical analysis and performing insight into a highly readable narrative. He may claim at the start that “we know less about [Bach’s] private life than about that of any other major composer of the last 400 years”, but that’s not how one feels after reaching the end of this 628-page survey. Its scope is extraordinary … Gardiner does himself and his vast subject a disservice by inserting unnecessary self-promotion into what is otherwise an awesome scholarly achievement.”

“What Gardiner offers is an intimate knowledge of the choral music – he ignores the equally significant instrumental works – and a powerful sense of its cultural context, structural evolution and doctrinal intent. So, if you want a balanced biography, this is not for you. The opening chapters are chaotic, lurching from self-reverential auto­biography to a jumbled account of Bach’s Lutheran background. The seven years he spent producing the Brandenburg Concertos and other masterpieces at the Calvinist court in Cöthen are dismissed in a paltry page and a half. But if you want a detailed analysis of the cantatas, the two Passions and Mass in B minor, and a feeling for their wondrous piety, Gardiner provides exhaustive satisfaction. His “portrait” reads like a pilgrim’s progress, in which a privileged man-of-the-modern-world is transformed by Bach’s musical revelation and faces his own mortality – triggering the very confession of moral frailty and faith-in-salvation the cantatas were designed to induce in 18th-century listeners. If this suggests Gardiner has gone uncharacteristically weak at the knees, so be it. Once he hits his stride, nearly halfway through, his proselytising drive can be infectious.”

“…apart from the ”Coffee Cantata”, anything secular – the Brandenburg Concertos, the orchestral suites, keyboard works such as The Goldberg Variations and The Well-Tempered Clavier – is excluded. It may be that Gardiner, who imagines Bach constructing a graduated stairway that ascends from earth to heaven, doesn’t recognise such a thing as non-sacred music. Listening to Bach, he believes he is hearing “the voice of God”, and he approvingly paraphrases a medieval worldview by declaring: “God is still the only true creator.” The rest of us, who love and are moved by Bach’s music but have less interest in glorifying his grim Jehovah, are admonished by a quote from the composer György Kurtág: Bach, he said, impelled him to forget his own atheism. Luckily, Gardiner’s approach is far from doctrinaire. Taking faith for granted, he still makes the effort to account for the emotional force and consolatory balm of Bach’s music in ways that are humanly engaging.“

“There is no great shortage of books on the master, and one needs to know what this one offers that the others by and large don’t. At its core is a penetrating study of the vocal works that Gardiner has specialised in conducting: the cantatas, the two Passion settings, the motets and the B minor Mass … In the process we learn a lot about Bach himself, and the picture is more rounded than I can remember from even the best general studies. Bach, evidently, was no dullard in a wig.”

“Clearly, this is a very personal book; it does have its quirks. One of them is Gardiner’s love of long footnotes, which tell us about whatever he was thinking of at the time of writing: Stravinsky, Sting, an Italian neuroscientist, and (more than once) Philip Pullman. The actor John Barrymore once complained that attending to a footnote was like having to go downstairs to answer the doorbell while making love. In this case, when you answer the door, the caller may grab you by the elbow and walk you around several city blocks. But such things are easily forgiven. Gardiner is an expert guide who loves this music deeply.”

“You either have to know the music very well or listen to it as you go through the text to make sense of it. Sir John’s book is not Bach for beginners, but it is very rewarding.”

“The central question is for whom the book is intended. Gardiner sets his bar high. He expects you to recognise the subdominant of the subdominant, have a working knowledge of Caravaggio, Rubens and Rembrandt and be able to differentiate your hypotyposis from your pathopoeia, your vollkommenheit from your vollstimmigkeit … For a book subtitled A Portrait of Bach there are remarkable inconsistencies … Tighter editorial input might have condensed this into a consistently, rather than spasmodically, brilliant book.”

Music in the Castle of Heaven: A Portrait of Johann Sebastian Bach by John Eliot Gardiner The Omnivore