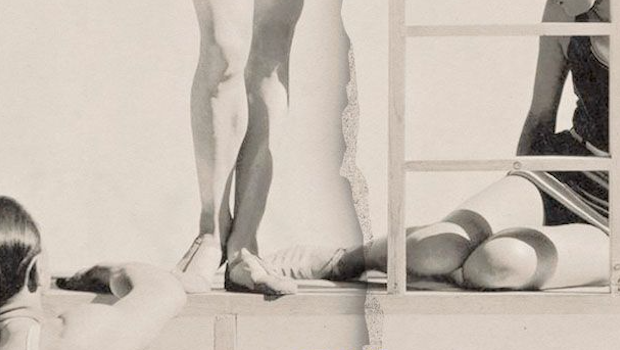 Blurb: In the dazzling summer of 1926, Ernest Hemingway and his wife Hadley travel from their home in Paris to a villa in the south of France. They swim, play bridge and drink gin. But wherever they go they are accompanied by the glamorous and irrepressible Fife. Fife is Hadley’s best friend. She is also Ernest’s lover. Hadley is the first Mrs. Hemingway, but neither she nor Fife will be the last. Over the ensuing decades, Ernest’s literary career will blaze a trail, but his marriages will be ignited by passion and deceit. Four extraordinary women will learn what it means to love the most famous writer of his generation, and each will be forced to ask herself how far she will go to remain his wife… (Picador, February 2014)

“Wood’s impressionist method offers snapshots of a marriage rather than a portrait of an age. But the elegant prose and finely-wrought narrative of this humane novel exceed the sum of its parts.”

“This is a wonderful book: carefully written, richly imagined and emotionally wise. Scraps of dialogue from biographies and quotations from letters and telegrams are fused imaginatively to create a seamless narrative documenting the waxing and waning of Hemingway’s affections, and the interior lives of those he loved.”

“It is not surprising that Mary’s tone is the most assured in the book. The task of ventriloquism is relatively straightforward when the voice is as natural and wry as Mary’s … For all this, Wood succeeds remarkably well in capturing the best-known voice, that of Hemingway himself, whose dialogue is almost entirely convincing … Reading Wood’s book you would think that women flocked to him because he was brilliant in bed. In fact he had lengthy periods of impotence and was often too insecure to be generous. Wood could have included these contradictions as a way to open up the question of what it was he wanted and never quite found in marriage.”

“The pleasures of Mrs Hemingway are not purely architectural. Controlled modulations of voice offer delightfully bald observation – ‘thirteen days after his divorce, she married him in the dining room of the Union Pacific Railway in Wyoming in November 1940. The dinner was roast moose’ – and, with free indirect discourse, deft characterisation: Fife ‘fixes herself a drink under the cook’s silent watchfulness … Why does this woman never talk? It’s infuriating the way her servants treat her.’ Upon occasion, however, style does falter.”

“… who wouldn’t want to watch a glossy drama starring Papa and set on location in Florida, Cuba and Paris? There are also more cerebral rewards, especially in contemplation of the fifth woman in this arrangement: the author herself. Naomi Wood has to wrestle Hemingway on to the page, and make him seem a believable domestic husband as well as that 20th century-striding colossus. Sometimes he slips away, and the story falters. More often it feels like we’re seeing the real man behind the Papa legend. Or at least, a convincing fiction of him. The measure of Wood’s success comes in the emotional impact of the final pages.”

“Though each of the female characters are rich creations, Wood’s interest in them ends as soon as the marriage does, so the novel reads like a series of portraits, connected rather than unified. Hemingway provides glue but not a thread; his problems are depicted, from the wives’ point of view, as their problems (alcohol is “some mistress indeed”). If we were also seeing things through Hemingway’s eyes, each marital break-up might be experienced as a bigger blow than the last, but the wives cannot possibly experience it that way — they don’t care what number Mrs Hemingway they are — and so the book doesn’t achieve the same level of intensity in its second half.”

“ Wood focuses — deliberately — on the women’s experience of love and rejection. Each remarks on his good looks and charisma, but it is hard to fully feel the pull. Fife remarks that “he could do an outstandingly good impression of a shit”. And Martha thinks, “Ernest must have been a real shit”, but the true, raw details of what was a grim and nasty decline are rather glossed over. As a result, the women can feel somewhat slavish: “A marriage of three,” Fife thinks, “is better than a woman alone.””