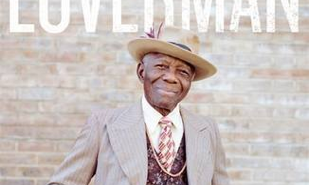 Blurb: Barrington Jedidiah Walker is seventy-four and leads a double life. Born and bred in Antigua, he’s lived in Hackney since the sixties. A flamboyant, wise-cracking local character with a dapper taste in retro suits and a fondness for quoting Shakespeare, Barrington is a husband, father and grandfather – but he is also secretly homosexual, lovers with his great childhood friend, Morris. His deeply religious and disappointed wife, Carmel, thinks he sleeps with other women. When their marriage goes into meltdown, Barrington wants to divorce Carmel and live with Morris, but after a lifetime of fear and deception, will he manage to break away? (Hamish Hamilton, 2013)

“With his grammar school background, Barry likes to think of himself as ‘super lexical’, and pulls off amusing verbal thrusts and parries in conversation with his long-suffering wife, a Pentecostalist who insists on covering the household furniture in protective, ghetto-fabulous see-through plastic. How can Barry continue to live with this tiresome woman of evangelical proprieties and ‘sturdy architectural’ brassieres?”

“Evaristo’s sprightly prose oscillates between Barry’s first-person account of how he struggles towards his goal, and a succession of interior monologues from his long-suffering, but uncomprehending spouse, which fill in the back story. The effect is variously comical, agonising and, ultimately, moving. Evaristo tells us of lives we imagined we knew, while rearranging much more than the furniture.”

“Barrington, or Barry, is a character bursting with vim. An intelligent man of wide but patchy reading, who coins phrases with the compulsive generosity of quantitative easing, Barrington fools his wife Carmel that he has a low sex drive while conducting an energetic sex life with Morris (and a few others on the side). Morris, a sweet-natured, tender and clear-eyed foil to rumbustious Barrington, has long wanted his lover to live with him, but the latter’s family and the vociferously godfearing sisterhood of Carmel’s friends stand between the two old men and bliss. When Carmel is telling the tale, Evaristo uses the lyrical poetic voice that is her most powerful and instinctive asset.”

“Evaristo has a lot going on in this unusual urban romance, but beneath her careful study of race and sexuality is a beautiful love story. Not many writers could have two old men having sexual intercourse in a bedsit to a soundtrack of Shabba Ranks’s Mr Loverman and save it from bad taste, much less make it sublime. But the hero of this book, and his canny creator, make everything taste just fine.”

“Twisting up the tragedy of Lear and the foolery of Oberon it is a tenderly bitter-sweet, sometimes hilarious, tale of the complicated untruths that can fester at the core of a tight community, the bluster that masks fear and, ironically, the importance of restraint.”

“[It] would all be a bit one-dimensional if it weren’t for the fact that Carmel also gets a voice of her own. While Barry’s chapters are didactic and first person, all titled “The Art of …”, his wife’s are hesitant and poetic, with titles beginning “The Song of …” She addresses herself in the second person, as if she views her life as having happened to someone else. She too is smart, and her frustration at her empty marriage is heartbreaking.”

“Whether he’ll find the courage to come out is the question that motors the plot along, and Evaristo convincingly gets across the shame and fear he feels as a member of a specific, barely visible group: an ageing, gay Caribbean immigrant. She’s clearly in favour of him embracing the messy truth, but the reality she creates on the page ends up being too tidy, with a neat ending and characters like the spoilt, shallow Maxine (who calls her own half-baked couture ideas “pure genius”) too often used to score easy points against.”