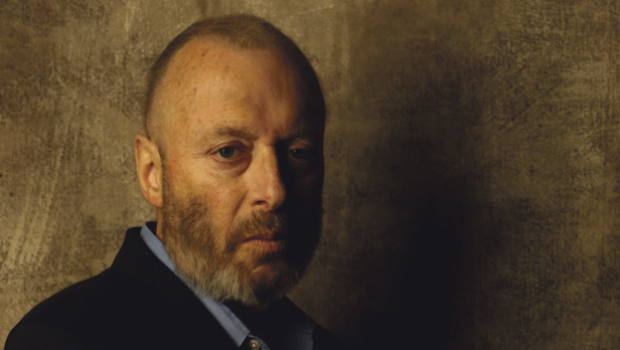 Blurb: During the US book tour for his memoir, Hitch-22, Christopher Hitchens collapsed in his New York hotel room to excoriating pain in his chest and thorax. As he would later write in the first of a series of deeply moving Vanity Fair pieces, he was being deported ‘from the country of the well across the stark frontier that marks off the land of malady.’ Over the next year he underwent the brutal gamut of modern cancer treatment, enduring catastrophic levels of suffering and eventually losing his voice. Mortality is the most meditative piece of writing Hitchens has ever produced; at once an unsparingly honest account of the ravages of his disease, an examination of cancer etiquette, and the coda to a lifetime of fierce debate and peerless prose. In this eloquent confrontation with mortality, Hitchens returns a human face to a disease that has become a contemporary cipher of suffering.

“Hitchens’s traditional strengths — his mastery of irony, his range of reference, his contempt for euphemism — are all in evidence here but there is a timeless, aphoristic quality to these essays that distinguishes them from his writings on politics and literature. “To the dumb question, ‘Why me?’” he writes, “the cosmos barely bothers to return the reply: ‘Why not?’””

“He noted there that some of the essays had been written in “the full consciousness that they might be my very last. Sobering in one way and exhilarating in another, this practice can obviously never become perfected.” Being in Christopher’s company was rarely sobering, but always exhilarating. It is, however, sobering and grief-inducing to read this brave and harrowing account of his “year of living dyingly” in the grip of the alien that succeeded where none of his debate opponents had in bringing him down.”

“The true struggle of his last writings is to remain himself, deep in the country of the ill, for as long as he can … It would not be right to suggest that these are among the finest essays that Hitchens produced. The duress under which they were written renders them sparer and less fluent than he was at his best. But they are his most honest.”

“By the end of the book, one is left with Hitchens’s last breaths, still witty and thoughtful and refreshingly irritable. Anyone who loves this writer will admire him more for this book, his bravura death-bed scene.”

“Sad and oddly insipring … He offers a hilarious account in dialogue form of a woman coming to get a copy of his memoirs signed – he is on a book tour in the middle of all the treatment – and telling him about a friend with cancer who died an agonising death. He also manages to open a section of this book with a good new joke: “When you fall ill, people send you CDs. Very often, in my experience, these are by Leonard Cohen.””

“What’s plain throughout this short book is just how awkward Hitchens finds the subject of death. A man who naturally throws his thoughts outwards, ideally locking horns with someone at the same time, he clearly regards any sort of confessional writing with distaste, even repugnance. As a result, the most revealing passages here are the ones that seem to have squeezed through his defences. There’s the realisation that he won’t be around to see his children married, or the panic he feels when he thinks he might be losing the ability to write: ‘Without that ability, I feel sure in advance, my “will to live” would be hugely attenuated.’ In one sense, this emotional reserve makes the book frustrating — but in another it makes these sudden jolts of anguish all the more moving.”

“Hitchens brought the same energy to writing about death as he did to writing about life. Much of his book is fuelled by irritation at friends who suggest this or that miracle cure. ‘You sometimes feel that you may expire from sheer ADVICE,’ he writes, pouring scorn on those who tell him to switch to vegan or macrobiotic diets, eat apricots, adopt ancient Native American cures, or sign in at experimental clinics in out-of-the-way places.”

“Hitchens was a truly great writer, but Mortality is not a great book. He was too much a public figure, too conscious of the need to keep up a brave front, too determined not to betray weakness or doubt. But weakness and doubt are what dying is all about. Journalists are always castigated for asking the question “How do you feel?”, but it’s precisely the question you want answered when reading about death. For a proper taste of him, read his autobiography, Hitch-22, or Letters to a Young Contrarian. And if you want a seriously good book about dying, read Tom Lubbock’s Until Further Notice, I Am Alive.”

Mortality by Christopher Hitchens The Omnivore