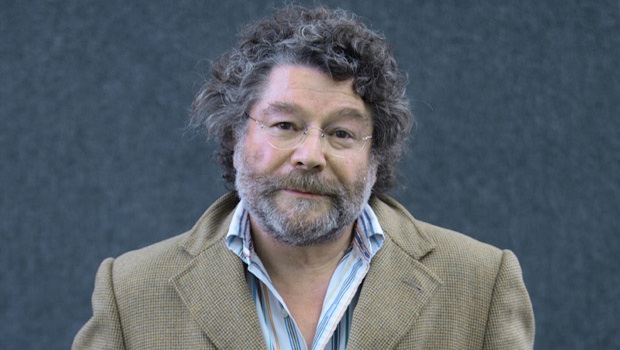 Blurb: More Dynamite anthologizes a wealth of essays by a writer with one of the keenest critical eyes of his generation. Craig Raine – poet, critic, novelist, Oxford don and editor – turns his fearsome and unflinching gaze on subjects ranging from Kafka to Koons, Beckett to Babel. He waxes lyrical about Ron Mueck’s hyperreal sculptures and reassesses the metafiction of David Foster Wallace. For Raine, no element of cultural output is insignificant, be it cinema, fiction, poetry or installation art. Finding solace in both literature and art alike, and finding moments of truth and beauty where others had stopped looking, More Dynamite will reinvigorate readers, challenge our perceptions of the classics and wonderfully affirm our love of good writing, new and old. This extensive collection of essays is a crash course in twentieth century artistic endeavour – nothing short of a master class in high culture from one of the most discerning minds in contemporary British letters. (Allen & Unwin, 2013)

“Whatever his reasoning, the underlying emotion behind Raine’s critiques of poems often sounds, actually, like disappointment in them. This is what makes me say that he loves poetry. It is just that he expects much better of it. He is himself a poet — and can one also detect a trace of the rival’s voice in his attacks on all these other poets? Perhaps. At any rate, no matter what the driving force behind it, this massive storm of criticism leaves the poetry landscape looking very battered and bleak.”

“There’s something attractive about the clear-eyed certainty of Raine’s assessments, but passing judgment by appealing to a common aesthetic sense – his main critical strategy – can mask dodgy thinking. Proust “says many acute things about memory”, Raine observes. “One assents and thinks of Robert Frost’s ‘After Apple-Picking’.” Does one? He means he does. He finds it very difficult to let writers – especially poets – speak for themselves. Barely a quotation goes by to which he does not append the proprietorial “my italics”.”

“A pity no woman has told Raine that what TS Eliot called “the unpleasantness of great poetry” is sometimes just the unpleasantness of being – well – an arsehole … I was taught by Raine at Oxford and served for a year as the assistant editor of Areté. The experience gave me a taste for the unkind fun of the bad review. I get one myself in More Dynamite. Surveying the career of Paterson, Raine berates me for admiring his “well-received” translation of Rainer Maria Rilke. The problem is, I wasn’t, really. My review in this paper found Paterson’s “thoughtful and assured” rendering undermined by its “muted half-tones”. But Raine’s quarrelsome criticism is not always free of the vice that it repeatedly decries: “weakness for exaggeration”.”

“The trouble is, no one is really interested any more. The day I received this book in the post, I found myself sitting at dinner next to one of Raine’s former protégés, and raised with him the curious fact that two of his recent books were entitled The Human Comedy and A La Recherche du Temps Perdu. These offerings had passed me by entirely, and one wondered what sort of person Raine was. ‘Poor old Craig,’ the protégé said, laughing merrily. ‘You see — he thinks it annoys people.’ There is something inexpressibly poignant about that, and about the extraordinarily preening title of this book. Nobody now cares whether a retired Oxford don is pretending to cast a Nobel prize-winner into outer darkness on the basis of his inferior similes, and very few people are going to read any of these essays all the way through without being paid to. Raine goes to the trouble of attempting to insult me personally at one point, but I still can’t remember what he said or why he said it. Dynamite? Blancmange might be a more accurate description.”