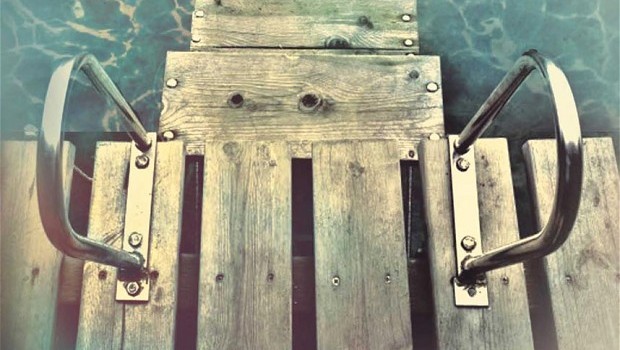 Meeting the English by Kate Clanchy

Blurb: Literary Giant seeks young man to push bathchair. Own room in Hampstead, all found, exciting cultural milieu. Modest wage. Ideal ‘gap year’ opportunity. Apply Prys Box 4224XXC. ‘It’s only England,’ said Mr Fox, ‘just a few hours on the train. You can always come home.’ ‘Ah’ve never been though,’ said Struan, ‘never been South.’ ‘Then you should,’ said Mr Fox, ‘you really should.’ So it is that Struan Robertson, orphan, genius, and just seventeen, leaves his dour native town of Cuik, and arrives in London in the freakish fine summer of 1989. His job, he finds, is to care for Phillip, dumbfounded and paralysed by a massive stroke, because, though two teenage children, two wives, and a literary agent all rattle round Phillip’s large house, they are each too busy with their peculiar obsessions to do it themselves. As the city bakes, Struan finds himself tangled in a midsummer’s dream of mistaken identity, giddying property prices, wild swimming, and overwhelming passions. For everyone, it is to be a life-changing summer. This is a bright book about dark subjects: a tale about kindness and its limits, told with love. Spiked with witty dialogue, and jostling with gleeful, zesty characters, it is a glorious debut novel from an acclaimed writer of poetry, non-fiction, and short stories. (Picador, 2013)

“Kate Clanchy’s memoir, Antigona and Me, was a forceful study of her own relationship with a Kosovan refugee neighbour … Meeting the English, too, concentrates on what it takes to overcome the barriers of difference and truly know another person. Uncertainty, fear, dissimulation and layerings of identity permeate the novel. With wit and zest, Clanchy creates social comedy out of teeth-clenching situations. Struan is wary and watchful. He knows that he is poor and has gone nowhere. He is gauche, self-righteous and yet worldly too, full of a furious capacity which will come into its own as soon as he has got the measure of Hampstead.”

“The Prys household is like one big drama workshop, everyone’s acting up or acting out, leaving Struan struggling to make sense of the script. What unfolds is a long, hot summer with more than a little Midsummer Night’s Dream about it. The gloriously heady heat, high-running tempers and emotions are offset by the cool lightness of Clanchy’s prose, shot through with a wonderfully refreshing comedic breeze. Meeting the English is an utter delight.”

“Clanchy switches multi-viewpoints adroitly, so that we see inside the heads of even the subsidiary characters such as Philip’s ineffectual agent Giles. She has a wincingly accurate eye for social comedy, a vivid descriptive sense, and profound understanding of her characters. This is a delectable read – it should certainly be on one or more of this year’s awards lists.”

“The whole spectacle is witnessed by Phillip, imprisoned in his body, the carnival of mistaken identity, love wrangles and physical alteration cavorting before his helpless eyes. Clanchy’s London resembles a cat on heat: “A sky like a dazzling silk tent, each night, breezes hot as breath, and spurts of stink like steam from a ham-bone.” Though Struan is overplayed as the architect of transformation, by the book’s end, all – to continue the Shakespearean angle – have undergone “something rich and strange”.”

“Meeting the English is a comedy of manners and a comedy of morals. It is full of neat and precise observation. There are weaknesses. Some scenes are too prolonged. The novels veers between the realistic and whimsical. The scenes re-creating what may be Phillip’s dreaming in his uncommunicative state are more audacious than successful … The happy ending might be arrived at too easily. Nevertheless, such an ending, with its suggestion of all’s well that ends well, is traditional in comedy when the puppets are but neatly back in the box. One shouldn’t complain. There is much to be said for a novel that is light in texture, doesn’t give the impression of taking itself too seriously, and has a frothy charm. Moreover, in the rather appalling Myfanwy, Clan”

Meeting the English by Kate Clanchy The Omnivore