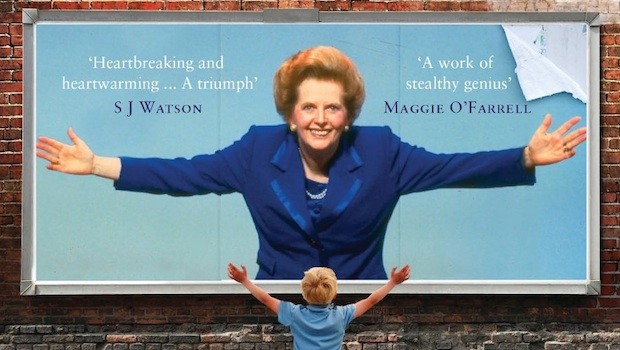 Blurb: It’s 12 October 1984. An IRA bomb blows apart the Grand Hotel in Brighton. Miraculously, Margaret Thatcher survives. In small-town Scotland, eight-year-old Damian Barr watches in horror as his mum rips her wedding ring off and packs their bags. He knows he, too, must survive. Damian, his sister and his Catholic mum move in with her sinister new boyfriend while his Protestant dad shacks up with the glamorous Mary the Canary. Divided by sectarian suspicion, the community is held together by the sprawling Ravenscraig Steelworks. But darkness threatens as Maggie takes hold: she snatches school milk, smashes the unions and makes greed good. Following Maggie’s advice, Damian works hard and plans his escape. He discovers that stories can save your life and – in spite of violence, strikes, AIDS and Clause 28 – manages to fall in love dancing to Madonna in Glasgow’s only gay club. Maggie & Me is a touching and darkly witty memoir about surviving Thatcher’s Britain; a story of growing up gay in a straight world and coming out the other side in spite of, and maybe because of, the iron lady.

Read an extract from the book | Mail Online

“Barr is a gifted storyteller, weaving skilfully back and forth through time, and his unfussy prose flows delightfully… Most of all, what shines through Barr’s splendid memoir is his unswerving love and loyalty to those he holds dear, including his loving but neglectful mother, his adored little sister, his close friend Mark, and his faithful “girlfriend” Heather.”

“…a nuanced, subtle and original account of being one of Thatcher’s children. What could have been a flip idea with no real substance turns out to be a memoir which is both personally moving and a valuable historical document. Barr’s style is conversational, intimate and convincing, and he resists every opportunity to show off. He holds his nerve in tackling the unfashionableness of his thesis – that Thatcher inspired even those she seemed to despise – and makes us smile along the way.”

“Hugely entertaining…highly intelligent and often haunting. This is a very British book — self-deprecating, mocking, apparently light-hearted about its uncomfortable material, sometimes shamelessly sentimental — but one that offers a startlingly different take on social attitudes we thought we knew. It doesn’t all cohere: Damian is a less interesting teenager than Barr thinks he is, and parts of the second half dip rather precipitously from the heights of Damian’s early years. But the book regains momentum with its ending.”

“This memoir of deprivation and survival is shrewdly constructed and written with a winning dry humour … In the final pages there isn’t just a forced Thatcherism but something alarmingly close to on-your-bike Tebbitry. “Be strong, Maggie told us all. Get educated. Get away. That’s what she said. I listened. Heather listened. Mark didn’t.” The ersatz urgency of those short tabloid sentences seems imported from a smaller, weaker book.”

“Occasionally amusing, but more often painful … Barr never suggests that other interpretations are available, but some in Newarthill, angrily waving their bottles of “Buckie” might take issue with his version of events, and his political rationale. Not that Barr will care. His previous work has been endorsed by the TV presenters Richard & Judy and he has had a paean to Thatcher published in the Daily Mail.”

Maggie & Me by Damian Barr The Omnivore