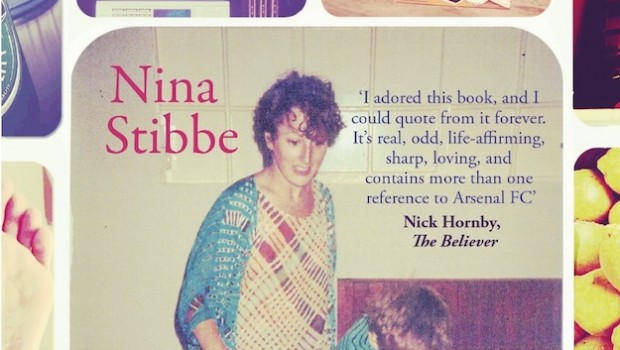 Blurb: In the 1980s Nina Stibbe wrote letters home to her sister in Leicester describing her trials and triumphs as a nanny to a London family. There’s a cat nobody likes, a visiting dog called Ted Hughes (Ted for short) and suppertime visits from a local playwright. Not to mention the two boys, their favourite football teams, and rude words, a very broad-minded mother and assorted nice chairs.

From the mystery of the unpaid milk bill and the avoidance of nuclear war to mealtime discussions on pie filler, the greats of English literature, swearing in German and sexually transmitted diseases, Love, Nina is a wonderful celebration of bad food, good company and the relative merits of Thomas Hardy and Enid Blyton.

“MK, according to the foreword, apparently had misgivings about the book beforehand, but she of all people should be delighted that her nanny turned out to be her Boswell … This is the funniest book I have read in ages: an irresistible confection of fact, metafiction and Bildungsroman. It is not for everyone, and if the last book you really enjoyed was by Cormac MacCarthy then Love, Nina is not for you. But for those who like to be won over, it is a complete treat.”

“Her powers of description are spot-on: recognising Samuel Beckett in the audience of one of his own plays (“people talking nonsense in dustbins and making funny noises”), it’s her description of him as a “well-groomed fisherman” that convinces her friends it was the great man himself. This is by far the funniest, most genuinely heart-warming account of the everyday I’ve read. Stibbe is an unassuming comic genius.”

“Nina herself has an ear for dialogue that would not disgrace Pinter (although her dialogue is pacier). What makes the book special is her understanding that it is often in the most inconsequential conversations that people reveal themselves most fully. The dialogue in this book never asked to be recorded; sometimes, it is so astonishingly slight that it seems fluky it survived to tell its tale. But that is what makes it gripping. Life caught on a flimsy wing. Nina is like a photographer snapping on the quiet, but her takes on people tend to be underpinned by teasing admiration – for Mary-Kay most of all.”

“Nina has nerve. In Primrose Hill, she walks round barefoot, literally taking the rough with the smooth: at No 55, in the rapid fire of wit, she makes herself at home. Her letters, and her book, with its direct, almost forceful, intimacy, invite the reader to do the same. Whether you do feel at home, however, may depend on how far you share Nina’s robust temperament and capacity for acceptance. If you’re the sort of person to worry, for example, that yours might be the kind of lace curtains that everyone laughs at; or that your salad dressings are lower-class; or that your kids can’t carry off basin haircuts; or if you are simply tempted to ask how much everything cost, the houses and the “helpers”, and where does it come from, that sort of money, then you might find it hard to settle in any of the very nice chairs at No 55, even the one with a foot-rest. ”