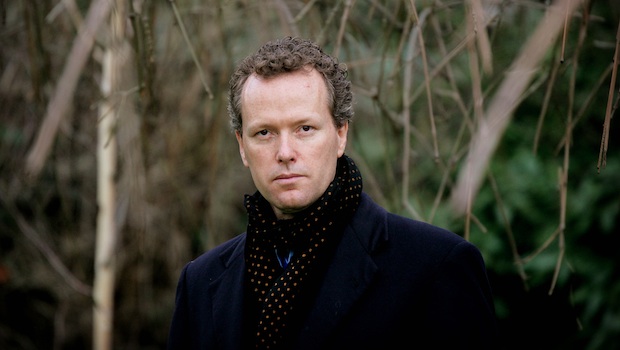 Blurb: From the bestselling author of the Patrick Melrose novels, this is a thought-provoking and entertaining insight into a sniping world of literature, celebrity culture and ambition. Each of the judges of the Elysian Prize for literature has a reason for accepting the job. For the chairman, MP Malcolm Craig, it is backbench boredom, media personality Jo Cross is on the hunt for a ‘relevant’ novel, and Oxbridge academic Vanessa Shaw is determined to discover good writing. But for Penny Feathers of the Foreign Office, it’s all just getting in the way of writing her own thriller. Over the next few weeks they must read hundreds of submissions to find the best book of the year, and so the judges spar, cajole and bargain in order that their chosen title gets the recognition it deserves. Meanwhile, a host of authors are desperate for Elysian glory, including brilliant writer and serial heart-breaker Katherine Burns, lovelorn debut novelist Sam Black, and Sonny, convinced that his magnum opus, The Mulberry Elephant, will take the literary world by storm. Lost for Words is razor-sharp and fabulously entertaining. It cuts to the quick of some of the deepest questions about the place of art in our celebrity-obsessed culture, and asks how we can ever hope to recognize real talent when everyone has an agenda.

“This very funny novel treads a fine line between being exceptionally clever and a bit too much in love with itself but ends up on the right side. I would kill to see a stage or film version.”

“…a witty, often excoriating, riposte to the phenomenon and workings of major book awards… Part of the delight is trying to identify models for St Aubyn’s satirical targets. As a book world outsider-insider– I cover all the main prizes, I don’t get invited to all the parties – there was pleasure and mild irritation in equal measure at the suspicion that, were I fully embedded, there would have been more side-swipes to spot.”

“St Aubyn has the discernment of a born critic. His intricate satire, written with restless wit, overrides fiction, holding what passes for literature up to the light.”

“St Aubyn’s powers of observation are as sharp as ever. There’s nothing quite as good here as his lines in Mother’s Milk about a “waiting-room atmosphere in which death was the delayed train” or the rich people who are “too often only the shrill pea in the whistle of their possessions”. But there are darts of elegant pointedness: Katherine in a moment of embarrassed disappointment “trying to assemble a smile”, or one of her admirers poking to no avail through “the gentlemanly mist that still lingered over the field of publishing”. He also has a lot of fun pastiching various kinds of bad writing as he presents extracts from the shortlisted novels.”

“Lost for Words — puckish, bitchy and shamelessly silly — is a radical departure from the deep, dark Melrose novels. Its success will rest on whether his established fans are happy to sit by and watch him have a bit of self-indulgent fun, and whether new readers will find him more charming than the literary giants he is lampooning. For in truth St Aubyn’s satire is not a very serious business. He doesn’t care enough about the people he derides to bother with that. There is no underlying theory of what literature should be about. No Notes Towards the Definition of Culture. This is simply someone rather cross, very clever and extremely funny letting off steam after years of good behaviour.”

“St Aubyn’s novels have always had an ambivalent relationship with comic technique. The vicious satire and mockery in the Melrose sequence of novels, which followed the semi-autobiographical journey of their protagonist Patrick from appalling abuse in childhood to the uneasy peace of middle age, is balanced by St Aubyn’s passionate sincerity and the rigorous clarity of his prose … This balance is visibly off in Lost for Words, which is both St Aubyn’s most straightforwardly comic book and his least empathetic and subtle.”

“Satire is at its most fiery when it takes on the robust and powerful. But books are an increasingly marginal cultural medium and publishing is on its knees. Although its idiocies certainly need chastising, there is a queasiness in watching a bloodied man being kicked while on the floor (perhaps to mitigate the sense of cultural marginalisation, none of the writers appears to be in any financial difficulty). Problematic, too, is St Aubyn’s own position. He is parti pris and his satirical intent is muddied by nostalgia for a drowned-out world.”

“Lost for Words is a curious production, both off-the-peg and strangely skewed, like some sweatshop version of Vivienne Westwood… There are jokey names (Page and Turner for a publisher, John Elton for an American literary agent with a disfiguring hair transplant) and passages of broad pastiche, such as
this from a novel about Shakespeare: ‘“Fye, Will,” said Lucretia, arching backwards and pulling William towards her, “keep thy wit for thy plays, for wit is a poor actor that comes on and plays his part and is heard no more, but the part I would have you play hath more will in it than wit.”’ Has there been a year when such a book would make the Booker longlist, let alone the short? Satire isn’t supposed to make reality look good by the contrast but to skewer it.”

“It is the sort of stuff that Tom Sharpe, in his Porterhouse Blue heyday, might have galvanised into uproarious burlesque. But it seems increasingly unsuited to St Aubyn’s mordant talent and purposes. Much of the comedy is so flabby it would be kind to call it broad. Wildly remote from credibility, it prevents the novel from getting any telling satiric purchase on literary prize-judging and how it can go awry.”

“Undoubtedly his weakest book… the vanity and philistinism of cultural life, stuffed with topical references and reeking of sour grapes, has become a visible strand of English fiction lately, and St Aubyn’s stony-hearted and gruellingly unfunny novel follows recent books by Hanif Kureishi (The Last Word) and Howard Jacobson (The Finkler Question, Zoo Time) not just in airing these anxieties but in bringing out the worst in a considerable writer.”

Lost for Words by Edward St Aubyn The Omnivore