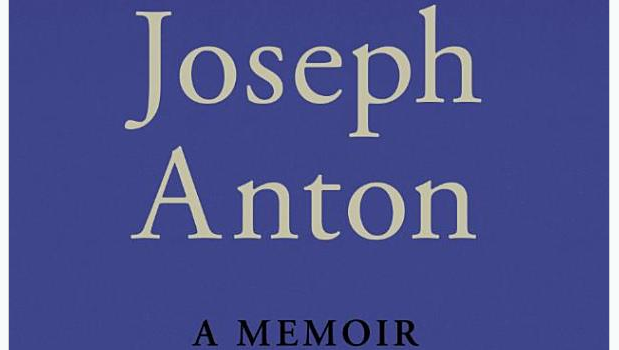 Blurb: On 14 February 1989, Valentine’s Day, Salman Rushdie was telephoned by a BBC journalist and told that he had been ‘sentenced to death’ by the Ayatollah Khomeini. For the first time he heard the word fatwa. His crime? To have written a novel called The Satanic Verses, which was accused of being ‘against Islam, the Prophet and the Quran’. So begins the extraordinary story of how a writer was forced underground, moving from house to house, with the constant presence of an armed police protection team. He was asked to choose an alias that the police could call him by. He thought of writers he loved and combinations of their names; then it came to him: Conrad and Chekhov – Joseph Anton. How do a writer and his family live with the threat of murder for over nine years? How does he go on working? How does he fall in and out of love? How does despair shape his thoughts and actions, how and why does he stumble, how does he learn to fight back? (Jonathan Cape, 2012)

“Rushdie has chosen to tell his story in the third person: to write not about Salman Rushdie but about Joseph Anton, the person who for more than a decade was himself yet not quite himself. It takes a few pages for the reader to get used to this, but it works: It eliminates the temptations of self-pitying bathos (temptations that surely must have been severe) and allows Rushdie to maintain a certain clinical distance from himself. He further intensifies this effect by abandoning, for the most part, the elaborate, fanciful, quasi-poetic style that characterizes most of his previous work (including The Satanic Verses) and to write, instead, in a plain prose that by its severity makes his ordeal all the more palpable. Joseph Anton is a splendid book, the finest new memoir to cross my desk in many a year.”

“For every moment that I was moved, challenged and intrigued by the book, there was another — such as his relief at being in America, which allowed him to be among “normal literary folk going about their normal business”, usually accompanied by a litany like “a small circle of guests whose other members were Martin Amis, Martin Scorsese, David Bowie, Iman, Harrison Ford, Calista Flockhart and Jerry Seinfeld” — that was wince-worthy … It is noticeable that Rushdie’s post-The Satanic Verses career has been uneven: all dazzle and little grit. As with Amis’s Experience, this non-fiction is Rushdie’s best book in a decade. I hope it presages a renaissance in his novel-writing.”

“He has a cartoonist’s tic of describing those who defend him as “great” or “legendary”, those who do not as “malevolent gnomes” or, in the case of Roald Dahl, “a long, unpleasant man with huge strangler’s hands”; and those who sleep with him as “beautiful”. Much more affecting is Rushdie’s grapple with his childhood … Though awfully long, solipsistic and of necessity self-serving, Joseph Anton is also funny, painfully moving and absolutely necessary to read.”

“… I want to note what to me is most depressing and revealing and perhaps most significant about Joseph Anton. It is a conceit of the British that, had fascism come to this country or we been invaded, then our reaction would have been very different from that of, say, the French. In those non-Muslims who attacked Rushdie, who blamed him for stirring things up, who argued that the book should not be published in paperback, who said that he had brought the danger on himself and publicly resented the costs of his protection, you see the same arguments and psychology that would have justified collaboration with totalitarianism … Joseph Anton is a book that makes you laugh. It makes you sympathise. It may even scare you. It should also make you — if you believe that freedom is essential — very, very angry.”

“Not the least of the many pleasures of this beautifully written, if overlong, book, is its revelation of what it is like suddenly to be locked inside a bulletproof cocoon … For a writer who has insisted on the novelist’s right to offend, he displays an extraordinary sensitivity to criticism … Rushdie clearly believes himself to be one of history’s great writers — Joyce, Bellow, Roth and Proust are cited as coequals. But whether it is the brilliance of genius that shines from him or merely the charisma of security­protected celebrity is a question this memoir leaves hanging.”

“This memoir, like the novel it might have been, is full both of telling trivia and profound insights. The sections that describe Rushdie’s family background, the death of his father and his schooldays are excellent.”

“The story Rushdie tells is never less than gripping. And there are moments, particularly in his description of his now regretted reconversion to Islam, when he writes as well as he has ever done … What Rushdie dared to do was to attempt to appropriate the Islamic tradition for unbelievers, to take it out of the hands of the clerics … Sadly — but probably inevitably — reading this otherwise inspiring book jostles with the recognition that Rushdie has now given up this struggle. Islam is as the Islamophobes would have it.”

“Rushdie engagingly reveals the autobiographical energies that went into the making of such novels as The Satanic Verses and Fury. Anton’s Herzog-style letters, addressed variously and randomly to famous people, critics, and even God, effectively evoke the mind of an isolated and hunted man. Yet the memoir, at 650 pages, often feels too long, over-dependent on Rushdie’s journals, and unquickened by hindsight, or its prose. Ostensibly deployed as a distancing device, the third-person narration frequently makes for awkward self-regard. A peevish righteousness comes to pervade the memoir as Rushdie routinely and often repetitively censures those who criticised or disagreed with him.”

“… the memoir is inordinately long, and the drama of the fatwa, and the obvious hell of living in its shadow, gets swamped by a sort of literary luvvie-dom, with dinners and launch parties, interlaced with incredibly boring accounts of various deals hatched by agents and publishers. It is an artless ramble, and every few pages it gives off the sour rancour of a man who can never forget insults or spats.”

“Hindsight, alas, has had no sobering effect on Rushdie’s magisterial amour propre. An unembarrassed sense of what he is owed as an embattled, literary immortal-in-waiting pervades his book … Some readers may find, by the end of Joseph Anton, that the world feels rather smaller and grimmer than before. But they should not be unduly alarmed. The world is as large and as wide as it ever was; it’s just Rushdie who got small.”