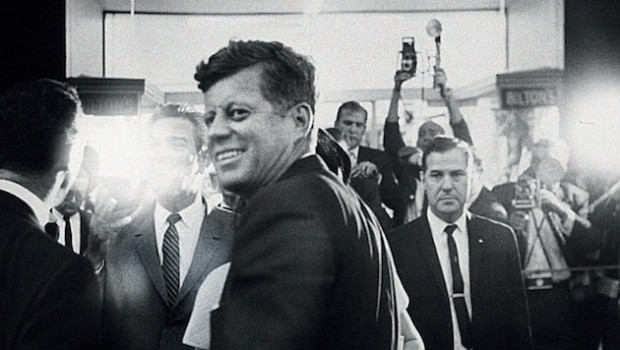 Blurb: Thurston Clarke’s gripping account of the last months of the life of President John F. Kennedy weaves together his public and private life and addresses the most tantalizing mystery of all – not who killed him but who he was when he was killed, and where he would have led his country and the world.

This re-examination of a critical period looks at all the areas of the president’s fascinating life: the progress he made towards ending the Cold War, passing the Civil Rights Act and withdrawing US troops from Vietnam, as well as his grief at the death of his infant son Patrick, his ongoing battle with ill health and his renewed determination to be a good husband and father.

The resulting portrait reveals the essence of this charismatic man, his personal transformation and the emergence of a great president. It also explains the widespread and enduring grief following his assassination, mourning the loss of his remarkable promise, which had become increasingly evident during his last hundred days.

Thurston Clarke has written eleven widely acclaimed works of fiction and nonfiction on travel and modern history including Ask Not: The Inauguration of John F. Kennedy and the Speech That Changed America. His articles have appeared in Vanity Fair, The New York Times, The Washington Post and many other publications.

“John F. Kennedy stands fourth in the league table of US presidents who have had books written about them … The gap is sure to narrow this year as the 50th anniversary of Kennedy’s assassination approaches and there will be few, if any, contributions more entertaining and informative than Thurston Clarke’s comprehensive chronological telling of his last 100 days in office. If the standard view of JFK is that he was a man of infinite promise but limited achievement, the book reminds us exactly how much did happen in that time span and of how many tantalising hints he left behind about his plans for the future, even foreshadowing the war on poverty waged by his successor.”

“In short, the cards in this story are stacked. Johnson is blamed when the arc of history tends towards the negative and Kennedy is credited with successes that followed his death. Moreover, to suggest that everything would have unfolded as Kennedy had planned if only he had not died is not only to ignore the deeper historical forces that contributed to the gradual erosion of the political centre in the Sixties, but also to downplay the role of contingency: an omission that is peculiar at the best of times, but seems almost perverse in the case of a man whose plans were ended by the greatest contingency of them all – an untimely death. The reality of a second Kennedy term would undoubtedly have been much less glowing. If history tells us anything, it is that, in recent decades, death has been the only way a president has managed to leave office with an unblemished record.”

“Kennedy and Khrushchev respect each other, but there is more to it than that. What JFK’s Last Hundred Days reveals is that each is acutely aware of being pushed by his own hawks towards the very war they averted – and confides as much to the other.”

“Mr Clarke is a good storyteller, and his account offers an enjoyable snapshot of the day-to-day workings of the presidency … The book’s core argument—that Kennedy came into his own during his final 100 days—is not entirely persuasive.”

“Too often, Mr. Clarke seems to be cherry-picking details and anecdotes that support his overarching thesis — that Kennedy began to hit his stride in his last 100 days, starting to emerge as “a great president” — rather than carefully assessing the historical record. Mr. Clarke focuses, speculatively, on what Kennedy planned to do, rather than on what he achieved … Such efforts by Mr. Clarke to inflate Kennedy’s achievements distract from his actual accomplishments and influence, and they also make this intermittently interesting volume feel like a sentimental work of hagiography.”

“They were not the greatest days of his life and there is no reason to look at them in isolation. And Clarke doesn’t, I fear, have anything new or surprising to relate. This leaves him plenty of space for superfluous detail about JFK’s movements, an opportunity he grasps with both hands. The “what might have been” school of Kennedy biography is an attempt to appropriate a future that JFK didn’t live in order to paint him as the liberal he wasn’t. And without that the only thing Clarke has to offer is a careful account of the sandwich fillings JFK most enjoyed in the days leading up to that terrible one in Dallas.”

JFK’s Last Hundred Days: An Intimate Portrait of a Great President by Thurston Clarke The Omnivore