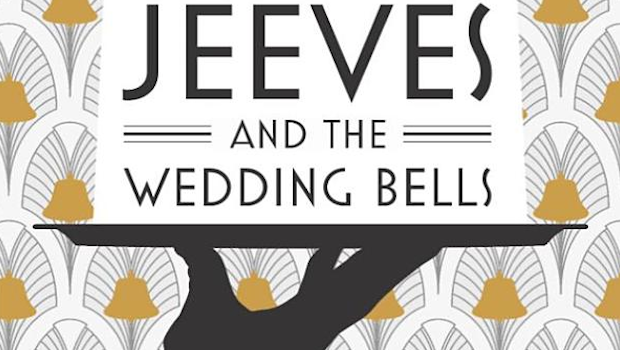 Blurb: A gloriously witty novel from Sebastian Faulks using P.G. Wodehouse’s much-loved characters, Jeeves and Wooster, fully authorised by the Wodehouse estate. Bertie Wooster, recently returned from a very pleasurable soujourn in Cannes, finds himself at the stately home of Sir Henry Hackwood in Dorset. Bertie is more than familiar with the country house set-up: he is a veteran of the cocktail hour and, thanks to Jeeves, his gentleman’s personal gentleman, is never less than immaculately dressed. On this occasion, however, it is Jeeves who is to be seen in the drawing room while Bertie finds himself below stairs – and he doesn’t care for it at all. Love, as so often, is at the root of the confusion. Bertie, you see, has met Georgiana on the Côte d’Azur. And though she is clever and he has a reputation for foolish engagements, it looks as though this could be the real thing. However, Georgiana is the ward of Sir Henry Hackwood and, in order to maintain his beloved Melbury Hall, the impoverished Sir Henry has struck a deal that would see Georgiana becoming Mrs Rupert Venables. Meanwhile, Peregrine ‘Woody’ Beeching, one of Bertie’s oldest chums, is desperate to regain the trust of his fiancée Amelia, Sir Henry’s tennis-mad daughter. But why would this necessitate Bertie having to pass himself off as a servant when he has never so much as made a cup of tea? Could it be that the ever-loyal, Spinoza-loving Jeeves has an ulterior motive? (Hutchinson, 2013)

AN Wilson, The Financial Times

“All the details, of plot, of character, and of setting, are lovingly drawn. Bertie’s hare-brained schemes to help his friends through the ups and downs of their love lives go as loopily wrong as we should expect. The country house, Melbury Hall, is filled with the expected cast list of peppery old buffers, gimlet-eyed older women, pretty flappers and asinine drones. There is a very good, and very funny, village cricket match. And there is the statutory disastrous village fête, where Bertie remembers his lines from childhood, when he played Bottom in a school production of A Midsummer Night’s Dream”

“For me, Faulks captures perfectly both the tone and the spirit of Wodehouse’s originals. What’s more, he does so in a manner that, in rekindling happy memories of those books, reinvigorates one’s retrospective enjoyment of the originals. Some readers may pick holes. Perhaps the references to contemporary figures, used to establish the period outlook, are more heavy-handed than would have been necessary for Wodehouse. But for the most part, this is a pitch-perfect undertaking”

“The best comic turn comes from the novel’s own double texture. Faulks, like Bertie, is involved in his own complicated act of dressing up – the literary equivalent of squeezing himself into someone else’s trousers. Throughout the book we get a sense of what Faulks hears in Wodehouse’s style. There’s zeugma (“Georgiana wore a plain satin dress and a distant look”), etymological daftness (“If Hoad could best be described as inert, Beeching, P. was about as ert as they come”), addresses to camera (“New readers, as they say, start here”) and abundant literary allusions, including the “gloomy Russians”, Keats, Shelley, and Thomases both Hardy and Gray. Loopy backstories abound, epithets are transferred, and comparisons stretched.”

“Faulks isn’t usually a comic writer but he does have form as a parodist: he has an ear, and he uses it. He may have knocked out his Bond book in two months flat – and it showed signs of his having done so – but this reads as if a good deal more care has been taken. For my money he overdoes the Wodehousian definite article (usually as a replacement for a possessive article – “I felt a shudder run through the lower vertebrae”), but the voice of the novel is recognisably and pleasurably Wodehousian.”

“The adventure has some good set-pieces — a cricket match, a concert party, night-time adventures involving Bertie on the rooftops wrapped in a sheet — and an ending that will put a smile on your face for the rest of the day. But what about the Wodehousean virtuosity of language? How does Faulks fare in the similes department? Not too shabbily. Country yokels are described “as though they might be related to one another in ways frowned on by the Old Testament”; Bertie’s heart “beats the sort of rhythm you hear in the Congo before the missionary gets lobbed into the bouillon”; and a tense atmosphere is described to be “as welcoming as Goneril and Regan on being told that old Pop Lear had booked in for a month with full retinue”. It works for me.”

“As well as his propensity for la mot juste Faulks also captures the essence of the relationship between the gentleman and his personal gentleman.”

“This Faulks certainly knows his stuff when it comes to homaging, let me tell you. Dashed if most of the time I didn’t think I was reading the echt thing. I don’t know about you, but myself, the realjoie in these J. & B. romans is the way Wodehouse — and his avatar-chappie, Faulks — plays the old English language like a clarinet. Here’s Faulks’s Bertie: “My heart, already skipping the odd one from the prolonged eye contact, now began to beat the sort of rhythm you hear in the Congo before the missionary gets lobbed into the bouillon.””

“Jeeves is beavering away industriously behind the scenes, deftly tweaking strings here and there to ensure an outcome every bit as harmonious as the ending of A Midsummer Night’s Dream, which proves pivotal to the denouement. ”

“His big trouble is with Wodehouse’s comic use of literary reference. Wooster may be a bit of an idiot, but he quotes poetry, from Keats to Longfellow, that modern readers might not recognise. Faulks sticks largely to Shakespeare. He even makes Bertie unfamiliar with the title of Shelley’s sonnet “Ozymandias”. This is unconvincing, since it is just the sort of anthology piece he would have known. (It’s in Palgrave’s Golden Treasury.)”

“The depth and reality bestowed by historical references only undermine a fiction where the keynote is silliness and unreality. They make the necessary suspension of disbelief uneasy. Giving the characters depth is a mistake too. Georgiana Meadowes, in particular, is far too well done … Faulks has done it perhaps not wisely, but too well. He has brought a bit too much to the party.”

“Evelyn Waugh, the most devoted of admirers, remarked that “much of Mr Wodehouse’s humour is allusive in a peculiarly subtle way; it depends on the differences between contemporary spoken English and his own version of it.” This was an acute observation; it makes one realise that no writer today – not even one as deft as Faulks – can do better than offer a pale pastiche. Our language has now moved so far away from that of Wodehouse’s time, that the gulf between it and Wodehouse’s own version of contemporary spoken English is unbridgeable; and indeed this was evident in the Master’s last books.”

“Stylistically Faulks lays on the linguistic mannerisms with a trowel; there is none of Wodehouse’s lightness of touch here. The whole book is painfully overwritten with set pieces and dialogue dragging on interminably, and you get the feeling Wodehouse would’ve cut to the chase in half the time. There is also a rather smug sense of showing off to many of Faulks’s allusions and references within the text, which doesn’t endear him to the reader at all.”

“Humor is largely absent. I did chuckle at one point at the description of someone making a noise “like a mastiff sneezing,” but it was a sad, knowing laugh. One character, a tremendous bore, launching into another tale, tells everyone, “I was very intrigued by my own response,” which lacks Wodehouse’s subtlety and isn’t something a person would say. Soon Jeeves and his master, who is posing as a member of the servant classes so that this book can be more like Downton Abbey with Wise Below-Stairs Staff giving pep talks and experiencing Feelings. Oh, the Feelings. Bertie keeps bringing up his parents’ death, the loss of the “family hound” when he was a young boy at boarding school.”