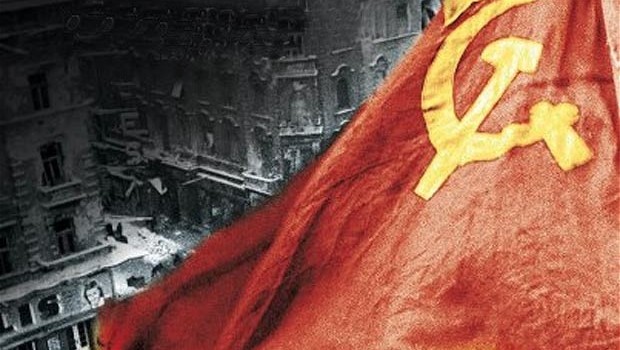 Blurb: Once the Nazis were defeated in 1945, the people of Central and Eastern Europe expected to recover the lives they had led before 1939. Instead, they found themselves subjected to a tyranny that was in many ways as inhuman as the one which they had just escaped. This book explains how Communism was imposed on these previously free societies in the decade after the end of the Second World War. Applebaum describes how political parties, the church, the media, young people’s organisations – the institutions of civil society on every level – were all quickly eviscerated. Ranging widely across new archival material and many sources unknown in English, she follows the communists’ tactics as they bullied, threatened and murdered their way to power. She also chronicles individual lives to show the rapid choices people had to make – to fight, to flee, or to collaborate.

“… a superb, revisionistic, brilliantly perceptive, often witty, totally gripping history … Applebaum shows how Stalin effectively created a template for tyranny that was copied in today’s Syria, Kim’s North Korea and Saddam’s Iraq, so that it remains scarily relevant. As for those countries behind the Iron Curtain, they remained damaged by their experience and the road to rebuilding civil society can only be found by examining honestly the ghosts of the past — in books as important as this. “

“[An] excellent book … Applebaum evokes the compromises and choices that ordinary people made when faced with extraordinary events. She tells the stories of artists who just wanted to work, but could not buy paint or brushes unless they followed the party line. The same went for poets or musicians. If her book has a fault, it is here. Forced to rely on interviews conducted after 1989, she is unable to assess the truth of collaborators’ self-justification. But that is the most minor of flaws and it is alien to the spirit of the book, which allows the reader to judge the characters of the participants for themselves.”

“Masterly … Iron Curtain will make uncomfortable reading for soft-headed apologists for the failed Soviet experiment, and for those who see the Soviet system only as a phoney threat used to justify McCarthyism and hysterical anti-Communism. It also explains in a manner worthy of Arthur Koestler what totalitarianism really means.”

“In this exhaustive and entertainingly written account, Applebaum captures well the absurdities of communist life familiar to anyone who experienced the system first hand. “If nothing else, the history of post-war Stalinisation proves just how fragile ‘civilisation’ can turn out to be,” she concludes. “If civil society could be so deeply damaged in nations as disparate, as historic and as culturally rich as those of eastern Europe, then it can be similarly damaged anywhere.””

“The trouble is, to make this story readable is hideously difficult. There is a further problem with Czechoslovakia, which Applebaum rather skates over: one keeps wondering whether the non-Communists did not have a chance of survival … Applebaum is very good on the process of grass-roots takeover: boy scouts, schools and universities, trade unions and the media.“

Iron Curtain: The Crushing of Eastern Europe 1944-56 by Anne Applebaum The Omnivore