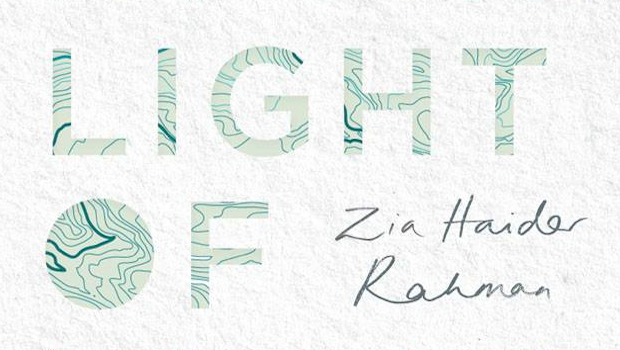 In the Light of What We Know by Zia Haider Rahman

Blurb: One September morning in 2008, an investment banker approaching forty, his career in collapse and his marriage unravelling, receives a surprise visitor at his West London home. He struggles to place the dishevelled figure carrying a backpack, until he recognizes a friend from his student days, a brilliant man who disappeared years earlier under mysterious circumstances. The friend has resurfaced to make a confession of unsettling power. Theirs is the age-old story of the bond between two men and the betrayal of one by the other. As the friends begin to talk, and as their room becomes a world, a journey begins that is by turns exhilarating, shocking, intimate and strange. Set against the breaking of nations and beneath the clouds of economic crisis, and moving between Kabul, New York, Oxford, London and Islamabad, In the Light of What We Know tells the story of people wrestling with unshakeable legacies of class and culture, and pushes at the great questions of love, origins, science, faith and war. (Picador, May 2014)

“James Wood has compared In the Light of What We Know with The Great Gatsby. I think a better comparison is with Gatsby‘s British cousin,Brideshead Revisited. This is a novel about class, about the citadel of chilly manners that Emily builds around herself and Zafar’s mad, doomed attempts to breach it. It is about the allure of the aristocracy and of Oxbridge, and how these bastions of Britishness still hold sway in a frenetic, globalised world … This is the novel I’d hoped Jonathan Franzen’s Freedom would be (but wasn’t) – an exploration of the post-9/11 world that is both personal and political, epic and intensely moving.”

“Each of the novel’s story lines attains a complex structure, but the one that feels truest is the one that deals with poverty. As Zafar, who has passed his boyhood in a village in Bangladesh and a rat-infested squat in London, puts it: “Childhood poverty looms over one’s whole life. . . . Growing up poor primes every emotion for a certain key.” As an immigrant in England, moving among privilege, and also as a Muslim, Zafar is a mixture of hurt and yearning. And aggression.”

“Digressive and unashamedly intellectual, the novel is also sharp and angry: British aid workers still play the game of ‘Empire and ego’; and international aid experts  are unsparing in their love of humanity but have no interest in people … Fascinating and truly impressive.”

“In the Light of What We Know is what Salman Rushdie once called an “everything novel.” It is wide-armed, hospitable, disputatious, worldly, cerebral. Ideas and provocations abound on every page, and if they sometimes seem a little carelessly abandoned, there is nonetheless an atmosphere of intellectual pluripotency.”

“It is a dizzying array not merely of biographical episodes, but of different kinds of fiction and fictional character. And this, ultimately, appears to be the hugely impressive novel’s central ambition; to demonstrate that the gathering of stories, the marshalling of facts, the patient documenting of all the available evidence does indeed take us somewhere – but it cannot take us everywhere.”

“oo often the observations are shoehorned into the text. On his way to work in post-invasion Afghanistan, Zafar sees a chess set in the house of a Pakistani military man – cue reflections on the Great Game. Each chapter is overloaded with epigraphs from Donne, Churchill, Freud or Feynman. The twist at the end is hampered by over-explanation.”

“As a meditation on the penalties of exile, the need for roots and the ways in which anger can consume a thoughtful man slighted by prejudice, this is a dazzling debut. As a work of fiction it perhaps falls short. Two male characters dominate the narrative, and their personalities tend to blur: both are saddled with unlikeable women, and much of Zafar’s story concentrates on his frustrated commitment to Emily, an arrogant scion of the English aristocracy, whose failings are exhaustively itemised. It all seems a bit lopsided, especially as the much heralded revelations are banal.”