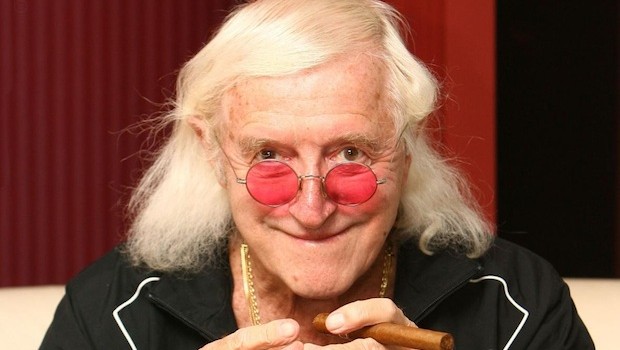 In Plain Sight: The Life and Lies of Jimmy Savile by Dan Davies

Blurb: Dan Davies has spent more than a decade on a quest to find the real Jimmy Savile, and interviewed him extensively over a period of seven years before his death. In the course of his quest, he spent days and nights at a time quizzing Savile at his homes in Leeds and Scarborough, lunched with him at venues ranging from humble transport cafes to the Athenaeum club in London and, most memorably, joined him for a short cruise aboard the QE2. Dan thought his quest had come to an end in October 2011 when Savile’s golden coffin was lowered into a grave dug at a 45-degree angle in a Scarborough cemetery. He was wrong. In the last two and a half years, Dan has been interviewing scores of people, many of them unobtainable while Jimmy was alive. What he has discovered was that his instincts were right all along and behind the mask lay a hideous truth. Jimmy Savile was not only complex, damaged and controlling, but cynical, calculating and predatory. He revelled in his status as a Pied Piper of youth and used his power to abuse the vulnerable and underage, all the while covering his tracks by moving into the innermost circles of the establishment.

“…an extraordinary book, by turns deeply sinister and darkly comic, like some kaleidoscopic mix of Lewis Carroll, Joe Orton and Alfred Hitchcock, with a supporting cast drawn from Who’s Who… In Plain Sight will tell you all that you want to know, and rather more than you want to know, about Savile’s crimes and his cover-ups, and the way in which the great British institutions – the BBC, the NHS, Parliament, the  Royal Family, the Armed Forces and the police – were all too happy to take him to their hearts.”

“There is nobody in the world who wants to read a bad book about Jimmy Savile, and there may well, for understandable reasons, be a limit to the number of people who want to read an outstanding one. Davies scarcely puts a foot wrong, interweaving Savile’s story with a devastatingly detailed account of how the BBC’s dysfunctional news department managed in 2011 so completely both to suppress the scoop of Saville’s offences and then, unbelievably, to further mishandle the admission of that suppression. The only errors of tone occur when the author obtrudes himself in the manner of self-conscious literary reportage, gussying the narrative up with needless speculation about his own personal motives for his longstanding obsession with his subject. We don’t care. If the book is considerably less depressing than you might anticipate, it’s because the act of biography itself here seems noble.”

“Davies handles his unsavoury material with tact and deftly weaves the BBC’s disastrous suppression in 2011 of the Newsnight investigation into Savile around the story of his life. This is a relentlessly depressing story, but one that is well told.”

“…a long, odd and peculiarly inconclusive book about him by a journalist much too close to his subject… The biography Davies has now published has an over-complicated structure, interweaving three timelines, one recounting Savile’s life, one his meetings with him, one the inquiries launched since his death. If he has not given his book satisfactory shape — perhaps because he has not wholly resolved his own feelings about Savile — Davies has nonetheless assembled a great deal of material, nearly all of it sickening.”

In Plain Sight: The Life and Lies of Jimmy Savile by Dan Davies The Omnivore