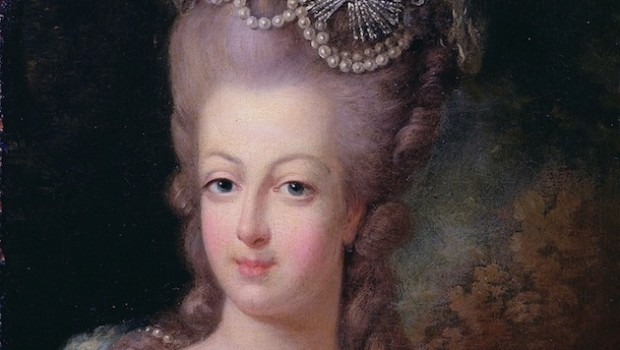 How to Ruin a Queen by Jonathan Beckman

Blurb: On 5 September 1785, a trial began in Paris that would divide the country, captivate Europe and send the French monarchy tumbling down the slope towards the Revolution. Cardinal Louis de Rohan, scion of one of the most ancient and distinguished families in France, stood accused of forging Marie Antoinette’s signature to fraudulently obtain the most expensive piece of jewellery in Europe – a 2,400-carat necklace worth 1.6 million francs. Where were the diamonds now? Was Rohan entirely innocent? Was, for that matter, the queen? What was the role of the charismatic magus, the comte de Cagliostro, who was rumoured to be two-thousand-years old and capable of transforming metal into gold? This is a tale of political machinations and extravagance on an enormous scale; of kidnappings, prison breaks and assassination attempts; of hapless French police disguised as colliers, reams of lesbian pornography and a duel fought with poisoned pigs. It is a detective story, a courtroom drama, a tragicomic farce, and a study of credulity and self-deception in the Age of Enlightenment.

“In How to Ruin a Queen, Jonathan Beckman cuts a swathe through 250 years of fantasies, theories, and what Carlyle called “the whole illimitable dim Chaos of Lies” in order to create a gem of his own. This rock-solid piece of scholarship, glistening with wit and insight, moves the story from the footnotes of the French Revolution, where historians have been happy to store it away, and places it centre stage.”

“It’s a hell of a tale and Jonathan Beckman gives it all the verve and swagger it deserves. Occasionally, his figures of speech go a bit haywire, as in ‘Nicolas had so far displayed the tact of a thundercloud.’And I’m not sure about ‘The minister was as unresponsive as a wooden leg’ either. My own wooden leg, for instance, does everything I tell it to. But in an odd sort of way a story as rich as this calls for some densely fruited prose. I read it with fascination, delight and frequent snorts of incredulity — and I strongly suspect you will too.”

“Like Tolstoy’s War and Peace, Jonathan Beckman’s book bamboozled me with too many names, events and places for its first 50-odd pages, then gripped me like a whodunnit for its remaining 350… Beckman tells this scarcely believable story with enormous flair and an astonishing quantity of well-researched detail. Fewer digressions would have made for an easier narrative ride, but would also have deprived the tale of its richness and breadth.”

“Jonathan Beckman skilfully unfolds the intricacies and absurdities of this extraordinary episode. Since accounts written by most of the protagonists are full of falsehoods, and so much of their behaviour defied logic, teasing out the truth is difficult, but Beckman provides us with an engaging and finely researched study of an affair that, despite having the plot of a frothy operetta, was of genuine historical significance.”

“The story is unwieldy, full of characters almost too colourful to be contained. Beckman, though, manages it with flair. The affair’s implications and consequences are complex, but to him it is a sordid and comprehensible little tale of trickery and embezzlement. His book is lucid, but by no means plain. With its exuberant use of language and subtly ironic storytelling, it is almost as colourful as the scandal it explores.”

“Jonathan Beckman has tunnelled into the warren of misinformation like a badger digger and has come out with what must be as near the truth as we’ll get.”

“[A] rollicking, if sometimes complicated, whodunnit… Beckman is excellent at conveying the febrile atmosphere of the French court, where the royals lived in a state of virtual siege from an army of ne’er-do-wells who lurked behind the pillars and in the ante-rooms, all plotting for a piece of the action.”

How to Ruin a Queen by Jonathan Beckman The Omnivore