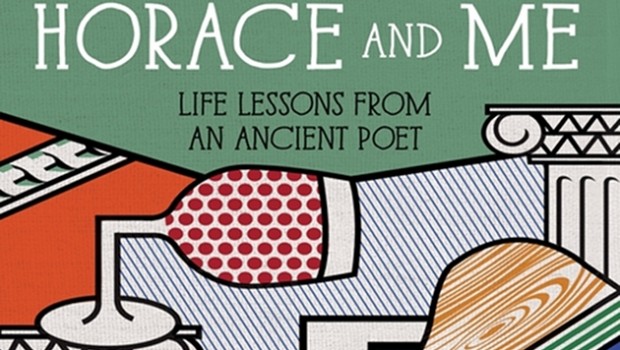 Horace and Me by Harry Eyres

Blurb: Horace lived at a pivotal moment. Rome was facing a profound crisis: though it ruled the world, the values which had made it great were disintegrating. As efficiency and pragmatism became watchwords, Horace championed the ‘supremely useless’ endeavour of poetry, and glorified friendship and wine. Horace and Me charts Harry Eyres’ evolving relationship with the Latin poet to show how, in an era of affluence and excess which seems to be hurtling out of control, Horace can help us navigate our way in uncertain times. (Bloomsbury)

| Harry Eyres in The Financial Times

“Horace’s most famous two words are Carpe diem, usually translated as “Seize the day’’. Eyres renders them as ”Taste the day’’, which is subtler. Up comes the excellent bottle from the cellar, and Horry and Harry are away, tasting the day as it turns into night. They are almost perfect companions. Both are funny and like complaining. Both feel deeply but also exhibit a degree of what people now call commitment-phobia … Above all, perhaps, both believe in poetry as ”a few true words” – fewer, and truer, than other words.”

“With the lightest of touches Mr Eyres sketches his own life and examines that of Horace. Wine for his father was a passion, he himself was introduced to it at the age of eight, and it was his first strong link with Horace. Many of the author’s skilful new translations of the odes touch on wine, its creation and consumption. Later, as Mr Eyres began to ponder the questions of existence, the excesses of a superficial society, the problem of how to live well and the inevitability of death, he came to realise that even after 2,000 years, Horace, his old nemesis, can provide some answers.”

“The Latin is translated by Eyres into pleasing English poems, with contemporary references: Brunello stands in for ancient Falernian wine, the Iraq War for skirmishes on the fringes of the Roman Empire. In any case, the poems are staging posts in what is really a dual memoir — of two poets, ancient and modern.”

“[A] wonderful, touching, highly personal new dual biography … The only quibble, perhaps, is that Eyres understates how much humour there is in Horace, mostly slyly ironic, self-mocking humour that endears him to us all the more. Two thousand years on, of all the ancients, there are only a handful you could comfortably have at a 21st-century dinner party without worrying about them boring you, poisoning you, raping you or coming across as stark raving mad. Plutarch would be OK, I reckon, and Herodotus very entertaining; but most amiable of all would be the little wine-bibbing bachelor poet from Puglia.”

“Eyres displays a beautiful, serene understanding of the nuances of Horace and of life. Where this memoir falls a little short is the vein of self-aggrandisement that runs through it with regard to Eyres’s personal relationship with Horace: he seems, rather unwisely, to want to cast himself as a latter-day incarnation of the poet. Yet the connections he finds are often tenuous. What’s more, Eyres’s translations, scattered through the book, don’t quite sing off the page.”

“It is the therapeutic memoir strand of the book that lets it down somewhat, including the passages of travelogue in Greece and Italy. Eyres promises a grand narrative arc: “This is a story of how I came back to Horace – and came back to myself at the same time.” Yet it is only vaguely fulfilled, and many episodes are bland, and tenuously connected with Horace … But Eyres’s take on Horace is enlightening, and best of all he provides his own witty, exuberantly updated translations of the verses.”

“As a man of letters, learning and light-heartedness, Harry Eyres is rather a rarity these days.”

“Horace and Me is a little like Withnail & I for toffs, not thesps, with the love that dare not speak its name adopting the respectable cover of a dead language. As it happens, I’m sympathetic to the motives that impelled Eyres to write his dotty hymn of praise. He rightly disparages the abstruse theorising of academics who use literary works to prosecute their grudges about colonialism or the politics of gender … Nevertheless, it’s hard to judge the claims Eyres makes for the Latin poems, because our access to them is through his own slangy translations, which brashly wrench Horace into contemporary relevance.”