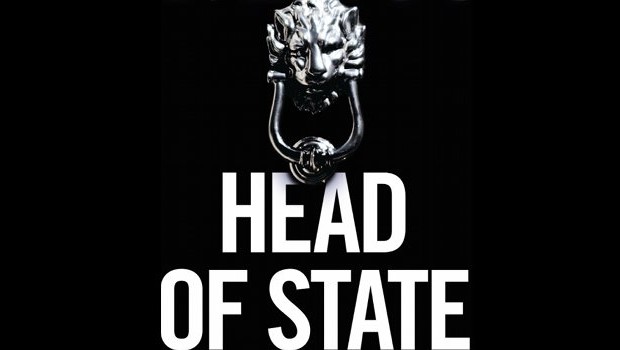 Head of State by Andrew Marr

Blurb: Two corpses. A country on the edge of a political precipice. A conspiracy so bold it would make Machiavelli wince. Andrew Marr’s debut novel imagines what really might be going on behind the door of 10 Downing Street. When a young investigative reporter is found dead on the streets of London few people notice. But when another body – minus its head and hands – is washed up on the banks of the Thames, its grisly condition arouses a little more interest. There appears to be no connection between the two dead men. But, unsuspected by the electorate, there is a shocking and dangerous secret at the very heart of government. While the United Kingdom approaches a crucial and delicately-balanced referendum on Europe, a group of ruthlessly determined individuals will stop at nothing – including murder – to prevent the truth from getting out. (Fourth Estate, September 2014)

“In Marr’s novel, full-blown farce and well-salted insider gossip edge into a sharper, if not wholly serious, look around the darker corners of the UK state. The Machiavellian melodrama of House of Cards veers into The Thick of It, and then off into the shadows where fixers out of John Le Carré lurk. All backstage plots need a solid architecture, and here Marr excels. He leads us into a well-researched labyrinth of offices, corridors and tunnels in, and even more under, 10 Downing Street. This backstairs and subterranean intrigue rings true.”

“I found myself comparing Marr with the great Victorian political novelist Anthony Trollope whose books are also full of melodrama, caricatures and in-jokes. Yet they endure because Trollope gave depth to his central characters and was a genuinely angry satirist. The urbane Marr seems to regard the iniquities of politicians and the press as a sort of circus for his and our amusement. Fair enough but I can’t help feeling somebody with his rare combination of insider knowledge, talent for vivid prose and sense of irony is capable of producing a far more biting and memorable satire than this.”

“I suspect that Marr enjoyed writing it more than I enjoyed reading it. There are the flowing passages and telling phrases that one would expect from such an accomplished writer. Some of the jokes are excellent and the inner workings of government (and, I’m sure, the media) are described with complete accuracy. However, for me, it was neither funny enough nor exciting enough to make me want to turn the page. While it’s not meant to be taken seriously, even a satire has to carry the reader along. The characters were too Cluedo-esque to retain my interest.”

“Quite apart from the absurdities of the plot, the book is stuffed with cliche and wincingly poor characterisation. Tenses are muddled, the voice wavers, becoming from time to time the voice of Marr giving us the heads up; the weather is frequently invoked for no obvious reason, unless it is because Marr thinks notes on the weather are a posh novelistic trope.”

Head of State by Andrew Marr The Omnivore