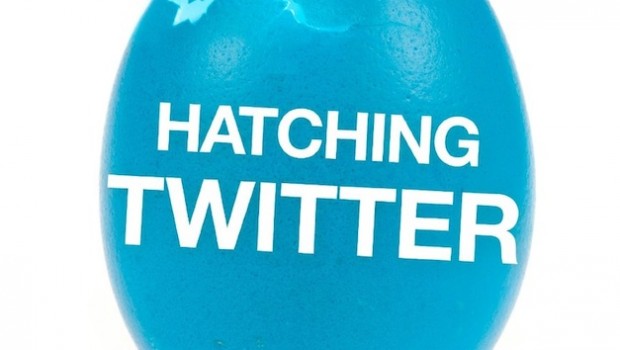 Blurb: Ev told Jack he had to ‘chill out’ with the deluge of media he was doing. ‘It’s bad for the company,’ Ev said. ‘It’s sending the wrong message.’ Biz sat between them, watching like a spectator at a tennis match. ‘But I invented Twitter,’ Jack said. ‘No, you didn’t invent Twitter,’ Ev replied. ‘I didn’t invent Twitter either. Neither did Biz. People don’t invent things on the Internet. They simply expand on an idea that already exsists.’ Since 2006, Twitter has grown from the accidental side project of a failing internet start-up, to a global icon that by 2013 had become an $11.5bn business. But the full story of Twitter’s hatching has never been told before.

In his revelatory new book, New York Times journalist Nick Bilton takes readers behind the scenes of Twitter as it grew at exponential speeds, and inside the heads of the four hackers who created it: ambitious millionaire Evan Williams; tattooed mastermind Jack Dorsey; joker and diplomat Biz Stone; and Noah Glass, the shy but energetic geek who invested his whole life in Twitter, only to be kicked out and expunged from the company’s official history.Combing unprecedented access with exhaustible investigative reporting, and drawing on hundreds of sources, documents and internal e-mails, Hatching Twitter is a blistering drama of betrayed friendships and high-stakes power struggles. A business story like no other, it will shock, expose and inspire.

“Page after page of Hatching Twitter details infighting among the co-founders, for control of the company and for the right to be recognised as having started it … Bilton tells the story with verve. But the most interesting thing about all this bickering is how irrelevant it seems to have been to Twitter as a cultural phenomenon.  While Dorsey and Williams fought, it was Twitter’s users who were busy creating retweets, @ replies and hashtags, the three conventions that give the system its unique depth and versatility. ”

“Hatching Twitter is an adventure story, written like a crime novel … One of the book’s great qualities is that it shines light not just on conflicting personalities, but how those personalities influenced what Twitter is, and what it was and what it might have been.”

“Mr Bilton is at his best when describing this turmoil at the top of Twitter. He also captures the thrill of being at a startup whose 140-character messages captivate high-profile people … The only thing that mars Hatching Twitter is the hatchet job it does on Mr Dorsey. Mr Bilton’s sympathies clearly lie with Mr Williams, who is portrayed as a much-loved boss whose vision of Twitter as a tool for talking about what is happening in the world spurs it to greatness. Mr Dorsey, on the other hand, comes across as an embittered soul who unjustly claims credit for the company’s success”

“Bilton is at his best when he uses tweets, photos and videos as primary source material, cutting through the founders’ competing myths to show at first hand how the company developed … But the story suffers when he sinks into cliché to make clear that his sympathies lie with Williams and not Dorsey … Cringeworthy Hollywood finish aside, this well-timed book successfully mines a story so rich it is destined to be told and retold.”

“The grand claims for social networks are that they bring the world together. At their inception, however, as this book demonstrates, they were just conceived as neat tricks for keeping you online and making money out of you, tricks devised by people with little sense of politics and less of culture. That the tricks work and can be fun is undeniable; that they do good is plausible; but if they do good, it is the users we should thank, not the founders, who all seem rather empty. This is a refreshing book to the extent that it escapes from the tech-book formula of “visionary” CEOs and hotshot code writers on a “mission” to change the world. It is also fun when the “fine writing” subsides. But it did make me want to go cold turkey on this tweeting habit.”

“The central flaw in the book is not the material, but the manner in which it is delivered. The story of the damaged souls behind Twitter is engaging in itself but Bilton’s mannered writing and his colour writer’s obsession with what people are wearing – as if sartorial detail is tantamount to re-creating their worlds – makes it read like a bad novel in parts.”