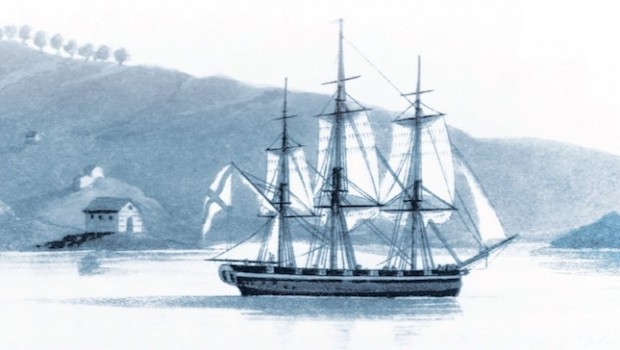 Glorious Misadventures: Nikolai Rezanov and the Dream of a Russian America by Owen Matthews

Blurb: The Russian Empire once extended deep into America: in 1818 Russia’s furthest outposts were in California and Hawaii. The dreamer behind this great Imperial vision was Nikolai Rezanov – diplomat, adventurer, courtier, millionaire and gambler. His quest to plant Russian colonies from Siberia to California led him to San Francisco, where he was captivated by Conchita, the fifteen-year-old daughter of the Spanish Governor, who embodied his dreams of both love and empire. From the glittering court of Catherine the Great to the wilds of the New World, Matthews conjures a brilliantly original portrait of one of Russia’s most eccentric Empire-builders. (Bloomsbury 2013)

“… this story is more than just an aggregate of quirky, funny details. Matthews has an excellent quick sense of the absurd, and his footnotes are great (I love a good footnote, me). But he also manages to spin his analysis into an aphoristic style that’s fresh and penetrating without seeming glib … Really, this is a blindingly good story extremely well told. Go, read. It will make you laugh, stretch your eyes and give thanks that you don’t live in anything remotely resembling late 18th-century Siberia.”

“Enthralling … His voyage to the Pacific, with shipmates even more mercurial and quarrelsome than himself, reads like an implausibly lively historical novel … [An] exemplary account of adventures that could have changed the world.”

“His impressive research has yielded not only a rollicking tale of derring-do, patriotism, endurance, low cunning and occasional bravery, but is a devastating indictment of why Russians made such hopeless colonists: corrupt, petty, riven by quarrels over rank and authority, let down at every stage by poor supplies, poor communications and poor judgment, and unable to motivate or reward the pioneers or choose between a penal colony and an idealistic community to plant orthodoxy in the New World.”

“Told by Matthews, the story loses none of its strangeness and its swashbuckling verve, reading at times like a cross between Conrad’s Heart of Darkness and Gogol’s The Government Inspector. He also opens up to examination a little known facet of 19th-century history, when large swaths of the American continent almost became part of the Russian Empire. Indeed, as Matthews points out, the majority of the indigenous population of Alaska continues to be Russian Orthodox: “That, and chronic alcoholism, are the two most visible legacies of Russian America.”

“…although they sound dramatic, Rezanov and his adventures make for frustrating reading. Partly this is because of the man himself, a ­ludicrous, over-promoted bureaucrat who swung from vain bombast (he declared a private war against Japan partly because of some diplomatic slight) to expletive-laden insults. He made ­enemies on almost every trip he took, and, though his dreams were grandiose, his achievements were minor … Although Matthews gets bogged down in the minutiae of Rezanov’s life, where his book does grip is in its background story of Russia’s eastward expansion, driven by its hunger for furs.”

Glorious Misadventures: Nikolai Rezanov and the Dream of a Russian America by Owen Matthews The Omnivore