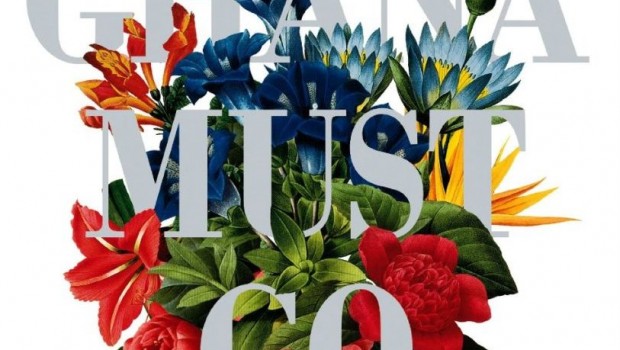 Ghana Must Go by Taiye Selasi

Blurb: This is the story of a family – of the simple, devastating ways in which families tear themselves apart, and of the long, troubled journeys that they make to bring themselves together again. It is the story of a family who take generations to make a good life for themselves only to see it crumble in an evening; a Ghanaian father, Kwaku, who becomes a highly respected surgeon in the USA only to be disillusioned by a grotesque injustice; his Nigerian wife, Fola, who builds their family with him only to be abandoned in his wake; their eldest son, Olu, determined in the years that follow to reconstruct the life his father should have had; their twins, star-student Taiwo and acclaimed artist Kehinde, both brilliant but scarred and flailing; their youngest, Sadie, jealously in love with her beautiful college friend, suffocating under her stricken mother’s love. All of them sent reeling on their disparate paths into the world.

“It stands up to the hype. Taiye Selasi writes with glittering poetic command, a sense of daring, and a deep emotional investment in the lives and transformations of her characters. There is a lot of crying in this novel, lots of corporeal observations of the pain inflicted by social experience and the ties of love. But the tears flow lightly through passages of gorgeous description and psychological investigation, leaving behind a powerful portrait of a broken family – “a family without gravity” – in the throes of piecing itself back together.“

“While insightful about migration in general, Ghana Must Go deals with its own creative particularities. It is the uninhibited risk-taking with language and allusions that sets it apart … It has to be said that the opening section of the novel (“Gone”) takes time to find its feet, as it were; by Part II (“Going”) the author is well in her stride, and with Part III (“Go”), it is practically a dead cert there will be no stopping Taiye Selasi. “

“Selasi’s heart-wrenching portrayal of one family so close to each other that it hurts to read it, torn apart by casual lies, flailing in the wake of a bewilderingly absent father and then finding some kind of redemption and reunion in his early death makes for powerful reading indeed. “

“Ms Selasi has an eye for the perfect detail: a baby’s toenails “like dewdrops”, a woman sleeps “like a cocoyam. A thing without senses…unplugged from the world.” As a writer she has a keen sense of the baggage of childhood pain and an unforgettable voice on the page. “

“Her themes are huge and important, but Selasi’s lyricism can feel self-conscious at times, which makes it hard to connect emotionally with the characters.“

“Afropolitan” in a magazine article in 2005 to refer to a new generation of African emigrants, beautiful people who spin fusion music at Paris nightclubs, run banks in London and subscribe to New York fashion. They are not citizens but “Africans of the world”. But Ghana Must Go avoids this new glamorisation. It is more heartfelt, more powerful, more concerned with the things we wish to hide – failure, loneliness, shame – than the glories we would revel in.“

“As well as being an unusually vivid writer, Selasi has a sharp eye for cultural paradoxes. She writes about “that brand of indomitable cheerfulness” you only see in children living in poverty near the Equator, and about the way in which people in America think there’s something perfectly natural about people in Africa dying violent deaths. But if that’s the good news, there’s quite a lot of bad to balance it. Frequently exuberance gives way to wild overwriting. “

“After Kweku leaves, Fola makes a devastating decision — one that’s plausible if you consider her in the context of her “generic” history, but unconvincing if you rely on what Selasi has shown us of her personality. Fola concludes that she can’t handle four children on her own, and sends the twins to live in Lagos with her half brother, a wealthy drug dealer … Part of the problem may be the author’s unwillingness to explore her characters’ motivations fully. “

“At times, Selasi is guilty of overwriting. Her inexperience shows in the stop-go narrative, nervous shifts of tense, erratic paragraphing and faux-lyrical sentences that outstay their welcome. The big “surprise” in the story is about as surprising as Sunday following Monday. Her publishers would have served her better if they had edited her text with greater rigour, instead of spraying around hyperbolic guff about “blazing originality” and “startling power”.“

“… this is often a very funny novel; and always perceptive. She has an almost Rushdie-ish way with bathos, and a keen eye for noting the usually unnoticed. When one daughter meets the man she is going to have an affair with, she sees his coat, “with the truth there beneath it, bare skin to be accessed at some other time”. At times, however, there is so much writing here that it is hard to read.“

“By having so obvious a representative in the text, under the variant form of her own twin-name, Taiye Selasi would seem to be announcing (even without the supporting evidence in the acknowledgments about her real-life Kehinde) Taiwo as her book’s central character. In fact the structural weakness here isn’t that there is too much investment in a single figure but too little, with the author giving her characters an artificially equal access to the point of view …  The surprising thing is that all these formal and stylistic defects don’t do the book in. Ghana Must Go doesn’t come together as a family drama but it has plenty to say about being a first-generation African American.”

Ghana Must Go by Taiye Selasi The Omnivore