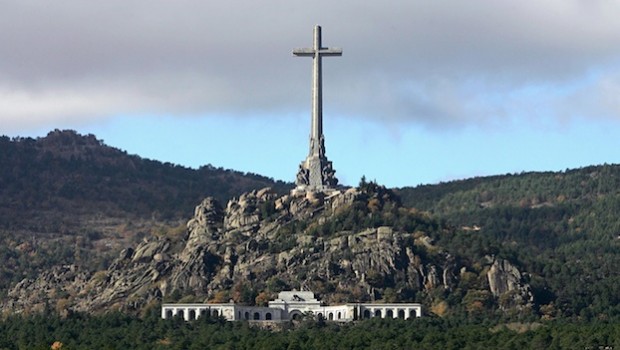 Franco’s Crypt: Spanish Culture and Memory Since 1936 by Jeremy Treglown

Blurb: History is written by the victors. It’s a cliché, but a reliable one – except in the case of the Spanish Civil War. Many believe – wrongly, as it turns out – that under Franco’s dictatorship, nothing truthful or imaginatively worthwhile could be said or written or created. And this myth reinforces another: that there is a national pact to forget what really happened. In the four decades since Franco’s death foreign narratives - For Whom the Bell Tolls, Casablanca, Homage to Catalonia - still have greater credibility than Spanish ones. Yet La Guerra de España was, as its name asserts, Spain’s own war, and in recent years the country has begun to reclaim this crucial aspect of its history. In a compelling investigation of collective memory Jeremy Treglown talks to the descendants of men and women killed during the civil war and ensuing dictatorship and stands on a hillside with them as remains are excavated; he attends a Sunday service in the basilica dedicated to Franco’s memory, examines monuments, paintings, novels, films, computer games and finds that despite state censorship, creativity under Franco was burgeoning and events of the time were in fact vividly recorded. In this groundbreaking and captivating new book Jeremy Treglown examines the very tenet of our cultural identity: how we remember. Franco’s Crypt is a much-needed re-examination of a history we only thought we knew.

“Enthralling… Close in its engagement and alive to the complexity of its subject matter, Treglown’s book reminds us just how reductive we are being when we talk of “Franco’s Spain”.”

“Important, lively and appetisingly varied… Treglown’s magisterial dissections of modern Spanish fiction demonstrate how brilliantly, because ambiguously, good novelists, such as Max Aub in El laberinto mágico (‘The Magic Labyrinth’), can depict the bloody strands that run through Spain’s body politic. No one who cares for the deep and dark truth about Spain can fail to admire and learn from what is to be found in the many-chambered depths of Franco’s Crypt.”

“Spanish history has long been fertile territory for British writers, from Gerald Brenan and VS  Pritchett to Hugh Thomas and Paul Preston. Unlike some of his predecessors, Treglown writes with wry equanimity rather than fierce passion, and his book is all the more refreshing for it. Most British writers tend to accuse Spain of covering up its past; unusually, Treglown suggests it is time the Spanish stopped shouting at each other about it.”

“His approach is a little too academic; the narrative and the structure would have benefited from a greater sense of pace and urgency. But this is a deeply felt exploration of a part of history that to most of us is dark matter, and a thought-provoking portrait of a society where the dictator, instead of being ousted or defeated, died happy and old at the age of 82. In these stories of state oppression and irrepressible creativity, there is a note of optimism – that even the wounds of the most traumatic history can be healed by art.”

“Treglown’s interplay of history with personal narratives is skilful and incisive. Equally perceptive is his illustration of the ways artists and writers were able to circumvent the constraints of censorship during the 36 years of Franco’s dictatorship. Indeed, his book amply demonstrates that “any notion that Franco’s Spain was an artistic desert is the opposite of the truth”.”

“…an unflinching addition to the literature on contemporary Spanish history and a cautionary tale about the nature of the beasts invoked by the political manipulation of bad memories. It also serves as a thought-provoking study on artistic expression under authoritarian regimes. There are, though, some strange tangents and omissions. The book mostly avoids discussing poetry, and Barcelona, a city famous for its vibrant cultural underground, is given only an ancillary role.”

“The author provides tempting glimpses of a string of novels that have been largely overlooked beyond Spain, notably Rafael Sánchez Ferlosio’s “El Jarama” of 1955. But this book is not without its blemishes. Mr Treglown’s revisionist aims are undermined by his tendency to digress needlessly (as in a section devoted to exiled novelists, which he admits has no place in his book). Oddly, his look at Spanish culture is hardly comprehensive: the author largely ignores architecture, poetry and drama. That prevents what might have been a valuable discussion about why some art forms flourished under the dictatorship, while others wilted.”

“It is two books – though neither, disappointingly, has much to say about how Francoism shaped “Spanish culture”, diverse as it is, beyond the elite. The first book is the compendium of synopses topped and tailed by brief political and literary travelogue. But the second, a subliminal and indeed cryptic subtext to the book, is in fact more dark than disappointing. It is a rather antiquarian refurbishment of Francoism, done in patrician British style.“

“…the book’s main flaw is its obsession with proving that “clearly any notion that Franco’s Spain was an artistic desert is the opposite of the truth”. Is anyone seriously saying it was? If so, it’s an obviously lazy argument and not worth Treglown getting so fired up about… Franco’s Crypt feels ultimately like an academic counter-argument, and it is probably destined for life as a research tool rather than as a general interest book for Spain lovers.”