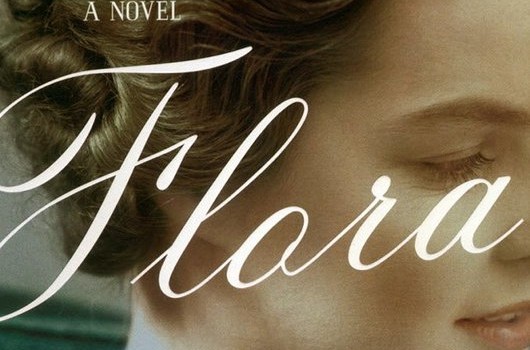 Blurb: Ten-year-old Helen and her summer guardian, Flora, are isolated together in Helen’s decaying family house while her father is doing secret war work in Oak Ridge during the final months of the Second World War. At three Helen lost her mother and the beloved grandmother who raised her has just died. A fiercely imaginative child, Helen is desperate to keep her house intact with all its ghosts and stories. Flora, her late mother’s twenty-two-year old first cousin, who cries at the drop of a hat, is ardently determined to do her best for Helen. Their relationship and its fallout, played against a backdrop of a lost America will haunt Helen for the rest of her life. (Bloomsbury, 2013)

“Gail Godwin, the 75-year-old author of more than a dozen books, has just published a short novel called Flora that manages the Childhood Problem exquisitely. Helen, the narrator, is a novelist herself, looking back many decades to the summer when she turned 11. The story comes to us in a piquant voice that blends the girl’s youthful precocity with the adult’s long-simmering remorse. The effect — so difficult to carry off without sounding cloying or cynical — is witty and moving.”

“This is more Turn of the Screw than Nanny Diaries … and the spectre of Henry James hovers not only over the encroaching sense of menace but Godwin’s carefully wrought writing style. Hers is clever prose about smart women and the multiple layers of self-knowledge that are revealed to them as they sit around with not a whole lot to do.”

“Flora is narrated by Helen as an adult, with all the benefits of hindsight, which, in Godwin’s expert hands, proves a neat way into a thoughtful study of the haunting nature of remorse.”

Flora by Gail Godwin The Omnivore