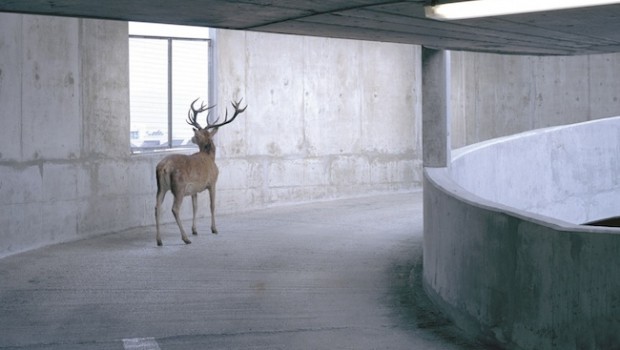 Feral: Searching for Enchantment on the Frontiers of Rewilding by George Monbiot

Blurb: In Feral, George Monbiot, one of the world’s most celebrated radical thinkers, and the author of Captive State, Heat, The Age of Consent and Amazon Watershed, follows his own hunger for new environmental experiences, in a riveting tale of possibility and travel with wildlife and wild people.

‘The suburbs dream of violence. Asleep in their drowsy villas, sheltered by benevolent shopping malls, they wait patiently for the nightmares that will wake them into a more passionate world’ J. G. Ballard. How many of us sometimes feel that we are scratching at the walls of this life, seeking to find our way into a wider space beyond? That our mild, polite existence sometimes seems to crush the breath out of us? Feral is the lyrical and gripping story of George Monbiot’s efforts to re-engage with nature and discover a new way of living. He shows how, by restoring and rewilding our damaged ecosystems on land and at sea, we can bring wonder back into our lives. Making use of some remarkable scientific discoveries, Feral lays out a new, positive environmentalism, in which nature is allowed to find its own way. From the seas of north Wales, where he kayaks among feeding frenzies of dolphins and seabirds, to the forests of Eastern Europe, where lynx stalk and packs of wolves roam, George Monbiot shows how rewilding could repair the living planet, creating ecosystems in the UK as profuse and captivating as any around the world. Already, large wild animals are beginning to spread back across Europe, and fin whales, humpback whales and bluefin tuna are returning to the seas around Britain. Feral is a work of hope and of revelation; a wild and bewitching adventure that argues for a mass restoration of the natural world – and a powerful call for us to reclaim our own place in it.  (Allen Lane)

“Feral contains passages of poetic beauty that rank with those of any of the current crop of nature writers – indeed he shows a welcome tendency actually to write about the wild creatures he sees, rather than treating them as bit-part players in a literary notion of ‘wilderness’, as some are inclined to do. But what really marks Monbiot out as an important writer and thinker is that he does not simply write about nature for its own sake, but constantly links the more experiential, personal passages back to the thrust of his argument.”

“Many will disagree, perhaps violently, with the basic premise of Feral. But as a passionate polemic, it could not be more rigorously researched, more elegantly delivered, or more timely. We need such big thinking for our own sakes and those of our children. Bring on the wolves and whales, I say, and, in the words of Maurice Sendak, let the wild rumpus start.”

“Monbiot’s demolition of the agricultural subsidy system – admittedly a soft target – is worth the price of his book alone. “Sheep farming in this country is a slow-burning ecological disaster which has done more damage to the living systems of this country than either climate change or industrial pollution,” he writes. But he also searches for, and finds, hope – a bewildered corncrake, a verge of wildflowers.”

“George Monbiot’s latest book stands in a long tradition of back-to-nature narratives, the most famous of which is Thoreau’s Walden. It is also, at one level at least, a mid-life crisis memoir. However, Feral is both more original and more important than such a description would suggest. Rather than providing another paean to the rural landscape, Monbiot confronts the awkward questions: who owns and therefore controls that landscape? What, exactly, is natural about it? And how might we return it to genuine wildness for the benefit of everyone?”

“The Cambrian Desert is often extolled for its bleakness, but at a time when austerity, for many people, is more real than aesthetic, its rewilding along the lines Monbiot advocates becomes an attractive proposal … He also makes a compelling case for other sizable protected areas in the UK, all “sheep-wrecked”, that might similarly be released from the “conservation prison”. But he is on less firm ground when he campaigns for the rewilding of upland areas that have been husbanded by generations of hill farmers … In his enthusiasm for this scheme, Monbiot seems oblivious to its whiff of social engineering”

“…this peculiar and involving book — three-quarters exhilarating environmental manifesto, one quarter midlife crisis — has an enormous amount to recommend it. There are things in here, I don’t hesitate to say, that will cheer even those who would expect to find themselves automatically at odds with an environmental journalist for the Guardian.”

“The book is full of good things and good ideas but, most of all, it is full of George Monbiot … Irony, humour, self-deprecation, sense of the absurd, perspective, balance: look elsewhere. But as a shaker-up of accepted ideas — those of conservationists and those of people resistant to conservation — he has an important role to play and he plays it with élan.”

“In some respects, this is a highly personal book. Monbiot describes his own interactions with the natural world, with one chapter devoted to his battles against the elements while fishing. For him, rewilding is not only about trees and animals, but about creating a world in which humans can re-engage with their own wild side. Most impressive about Feral is its focus on finding constructive solutions to ecological problems.”

Feral: Searching for Enchantment on the Frontiers of Rewilding by George Monbiot The Omnivore