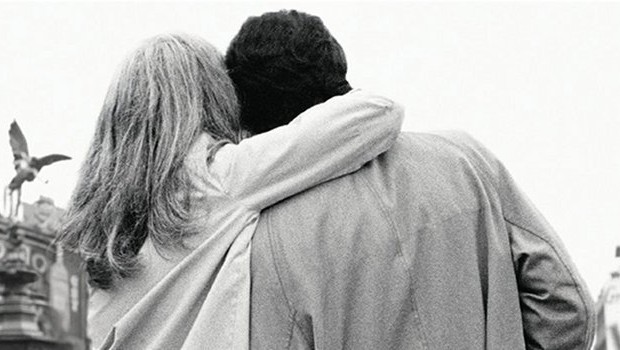 Blurb: Luke is a young playwright: intense, magnetic and hungry for experience. Fleeing a disastrous upbringing in the North East he arrives in London and shares a flat with Paul, an aspiring producer, and beautiful, fiery Leigh. The three of them set up a radical theatre company, their friendship forged in rehearsal rooms above pubs, candlelit power cuts, and smoky late-night parties, part of a thrilling new generation of writers, directors and rising voices. When Nina, a fragile actress, strays towards their group, Luke recognises a damaged soul and the balance between the friends is threatened. Luke is torn between loyalty, desire and his own painful past, until everything he values, even the promise of the future, is in danger. Suddenly the fallout threatens to be immense. (Chatto & Windus, May 2014)

“Like all of Jones’s previous books, the narrative is wholly engrossing but this novel shows a writer at the peak of her powers, displaying an innate capacity to convey the entirety of a period, a place or a feeling in a single sentence, throwing the words almost casually on to the page. Sometimes, you find yourself rereading a passage simply for the joy of squeezing more out of it.”

“For all the febrile depiction of theatreland, the emotional heart of the book remains rooted in the oppressive Lincolnshire community Luke has attempted to flee. There is a devastatingly sad scene in which he returns to the hospital where his mother spent her life. “I think I must be deluded, naive or something,” he tells his friend Paul, “because I’m still surprised she died here. I think I meant to come and get her one day … Why do we keep believing in this nonsense fairytale of salvation?”"

“Three is company; four is a crowd whose members may not stay lovers, or even friends. This is the central theme of Fallout, an intelligent, pacy tale of pretty, talented people, striving for recognition but held back by their past. Every summer needs a One Day-style compelling read; this book is a contender for that crown.”

“Ms. Jones is unflinching as she plots the course of fallout with no shelter, of wounded lives undone by desperation in love and art.”

“The plot is not hard to predict and many of the characters are self-absorbed and pretentious, but Jones’s whispering, confiding style and her astute eye turns what could be unbearable frippery into an intoxicating and immersive read. Her real strength lies in her ability to articulate — but not overstate — the sensations, threats and contradictions that roil beneath the surface.”

“This might sound like soapy fodder, but Fallout is both deliciously gobble-able and carefully constructed. Jones exhibits great insight into human behaviour: as the perspective slides easily between characters, flickers of recognition spark with each. She’s brilliant on the whooshing rush of love, desire or friendship – and how the three are rarely as clearly delimited as we tell ourselves.”

“This absorbing and romantic novel about love, art and the importance of being true to yourself will draw you in and keep you there until the very last page.”

“Jones highlights beautifully the energetic, naive, cheap-red-wine fug of the Seventies start-up, and its decadent antithesis, the emptiness of fatally compromised success. In this smoke-and-mirrors milieu, extreme emotion creates another artifice; the overall effect is that of a scintillating façade.”

“The meat of this book, if one can call it that, is the rape scenes that take place between Tony, the gay producer, and his wife, Nina, after he discovers she has been straying outside their complex marriage … That a gay man would try to transform a woman into a boy and then inflict sexual violence in this way is unlikely. At worst, it’s a homophobic portrayal, but at the very least, it suggests that the author does not understand gay men.”

Fallout by Sadie Jones The Omnivore