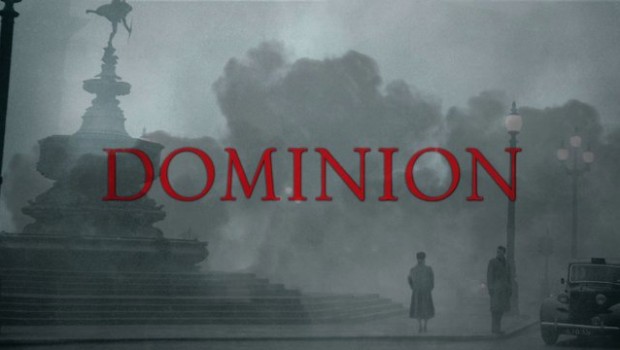 Blurb: 1952. Twelve years have passed since Churchill lost to the appeasers and Britain surrendered to Nazi Germany after Dunkirk. As the long German war against Russia rages on in the east, the British people find themselves under dark authoritarian rule: the press, radio and television are controlled; the streets patrolled by violent auxiliary police and British Jews face ever greater constraints. There are terrible rumours too about what is happening in the basement of the German Embassy at Senate House. Defiance, though, is growing. In Britain, Winston Churchill’s Resistance organization is increasingly a thorn in the government’s side. And in a Birmingham mental hospital an incarcerated scientist, Frank Muncaster, may hold a secret that could change the balance of the world struggle for ever. Civil Servant David Fitzgerald, secretly acting as a spy for the Resistance, is given the mission by them to rescue his old friend Frank and get him out of the country. Before long he, together with a disparate group of Resistance activists, will find themselves fugitives in the midst of London’s Great Smog; as David’s wife Sarah finds herself drawn into a world more terrifying than she ever could have imagined. And hard on their heels is Gestapo Sturmbannfuhrer Gunther Hoth, brilliant, implacable hunter of men … (Mantle, 2012)

“As in the Shardlake novels, set in Tudor England, for which he is best known, ­Sansom is an admirably expansive and unhurried storyteller. His ­characters are all given personal histories and richly detailed pasts that serve to provide them with a depth more usually associated with literary fiction than the thriller. Their ­conversations do more than just drive forward the plot: they help to give substance and reality to the world they inhabit.”

“One of the thrills of Dominion is to see a writer whose previous talent has been for the captivating dramatisation of real history (in his five books about the Tudor sleuth, Matthew Shardlake, and the Spanish civil war novel Winter in Madrid) creating an invented mid-20th century Britain that has the intricate detail and delineation of JRR Tolkien’s Middle Earth, though thankfully described in better prose.”

“Like Harris, Sansom has woven a thriller with the tale of a man’s growth into moral courage, but he has done it with the compassion and richness that many literary writers should emulate. Every detail of this nightmare Britain rings true, from the way that morris dancing is televised as a cultural expression of nationalism to the absence of the name “Lyons” in Corner Houses. Cowardice and collaboration are everywhere. “We used to think the British people would never become Fascists … but … anybody can, given the right set of circumstances,” David’s wife, Sarah, says. The French will love this.”

“This is a big novel with traces of a thriller, in which the good are good and the bad are very bad indeed. For readers who enjoy a grown-up adventure story Dominion is evocative, alarming and richly satisfying.”