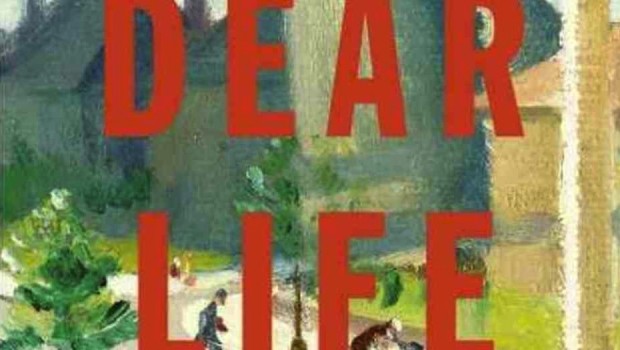 Blurb: Moments of change, chance encounters, the twist of fate that leads a person to a new way of thinking or being: the stories in Dear Life build to form a radiant, indelible portrait of just how dangerous and strange ordinary life can be. Many of these stories are grounded in Munro’s home territory – the small Canadian towns around Lake Huron – but there are departures too. A poet, finding herself in alien territory at her first literary party, is reescued by a seasoned newspaper editor, and is soon hurtling across the continent, young child in tow, towards a hoped for but completely unplanned meeting. A young soldier, returning to his fiancee from the Second World War, steps off the train before his stop and onto the farm of another woman, beginning a life on the move. The book ends with four powerful pieces, ‘autobiographical in feeling’, set during the time of Munro’s own childhood, in the area where she grew up. Munro describes this quartet as ‘not quite stories’ but ‘the first and last – and the closest – things I have to say about my own life’. (Chatto & Windus)

“A subversive challenge to the idea of autobiography: a purposeful melding of fact, fiction and feeling. Like Muriel Spark’s Curriculum Vitae and Hilary Mantel’s Giving Up the Ghost, Munro’s “final four works” will loom like megaliths over all who pick up their pens to write about her in the future.”

“Written in wry, limpid prose and constructed in a seemingly plotless, elliptical way, the stories of Dear Life violate a host of creative writing rules, but they establish yet again Munro’s psychological acuity, clear-eyed acceptance of frailties and mastery of the short story form.”

“Only a woman of a certain age – Munro was born in 1931 – could have written a book as challenging and cheeky as this. Being constantly compared with Chekhov has done nothing to curb Alice Munro’s sense of mischief.”

“Munro writes with masterful economy and wry wit. “People were always saying that this town was like a funeral but in fact when there was a real funeral it put on its best show of liveliness.” You can dip into this book or read these poignant stories at a sitting as I did. Either way you can’t fail to admire the power of her pared-down style  to build up a picture of a strange, random world.”

“Munro’s stories have long spans; they have also tended, over the last decade, to be genre-defyingly long. But there is a rediscovered economy of expression at work in this outstanding collection, with the most satisfying stories filling about 25 pages. Her technique with time is remarkable: she continues her fictions where others would conclude, sliding from near-closure to epilogues in which the haunting truth of an unresolved mystery is uncovered.”

“Munro’s stories are full of smart young women wryly observing men’s desire for dominance and other women’s collusion with their own subservience. In “Dolly”, the narrator observes of a love rival, “men are charmed by stubborn quirks if the girl is good-looking enough… all that delight in the infantile female brain.” But it would be wrong to think of Munro as a chronicler of the particular disappointments of being female: she draws men just as well.”

“The casually impeccable stories in her latest collection, Dear Life, are somewhat more traditional in that they are largely focused on a defining episode of a character’s life. It’s still possible to piece together a broader history — Munro has a genius, no empty word here, for selecting details that keep unfolding in the reader’s mind — but the scope has tightened.”

“Veteran assurance of technique combines with freshness of material … The book’s last four pieces are, Munro says, “not quite stories” but “more autobiographical in feeling”. In fact, they reveal little more than similar ones she has published previously, especially in The View from Castle Rock (2006). It’s not her life but life itself — its variety, the ways in which it can be misdirected, impeded or fulfilled — that Dear Life, a triumph of imaginative vitality, is most enthrallingly concerned with.”

“These four short autobiographical pieces are beautifully written and give some insight into Munro’s formation as a writer. The uncanny doubling of the title piece “Dear Life” makes us think of lives we might have led, or endings we might have endured. “The Eye” shows how reality cedes to imagination in the face of death. Munro tells us a little about her process … These are fascinating pieces, but they are also, as she says herself, “not quite short stories” and though I count myself as one of the people most interested in this writer on planet Earth, I find, to my surprise that they do not hold me in the same way – it is Munro’s stories that I want; not her, after all.”

“Munro is so often praised for her clear-water qualities, for offering a sense of “unmediated access to life”, that readers might be surprised to discover the presence in her stories not just of artifice and manipulation but of sociological curiosity, mischievous humour and a narrative charge. ”

“Munro appears to have initiated a strict risk-assessment policy to minimise the danger of disturbing her readers. Her language remains plain, bland and universally accessible; no showing off, and no rhetorical flourishes. Irony and ambiguity are sliced down to the minimum.”

“Munro’s stories suffer when they’re collected because the right way to read them is in a magazine, where they can be tucked between, say, a report on the war in Syria and a reconsideration of Stefan Zweig to provide a rural interlude between current atrocities and past masterpieces, or profiles of celebrities or sophisticated entrepreneurs. A slice of sad life in the sticks, filtered through an enlightened eye and most likely set ‘in the old days’, as the first line of one of the stories in her new collection, Dear Life, puts it. It’s perhaps her consistency that her admirers cherish: ‘like butterscotch pudding on the boil’.”