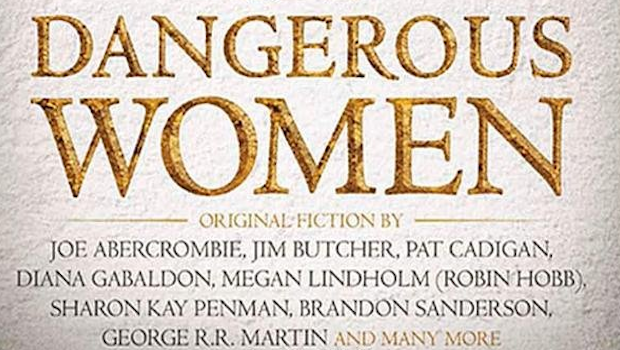 Blurb: George R.R. Martin and Gardner Dozois have put together a towering anthology of specially-commissioned stories from the most stellar names in the genre, set in a number of readers’ favourite fantasy worlds. The collection will also feature a new and unpublished 100pp novella by George R.R. Martin set in the world of A Song of Ice and Fire – now the award-winning HBO show, Game of Thrones. (Harper Voyager, November 2013)

“The fury of a woman scorned is just one of the perils encountered in “Dangerous Women,” a splendid cross-genre anthology featuring original stories by a number of writers, male and female. The title invokes that of “Dangerous Visions,” Harlan Ellison’s groundbreaking 1967 science fiction anthology, and even though there are no real game-changers here, it’s an impressive assembly of work by mostly well-known authors, with a few relative newcomers who make a strong impression.”

“[There are] legions of the “dangerous” women promised in the title. Sometimes they’re warrior queens, sometimes serial killers, fighter pilots, rebels and bandits — and they make far better female role models than that wet girl from the Twilight books, even when they behave like utter cows. Huge fun.”