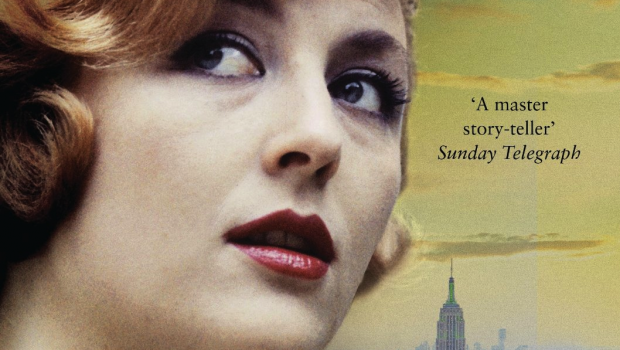 Blurb: The aloof and enigmatic Constance Schuyler lives alone in Manhattan. At a literary party she meets Sidney Klein, a professor of poetry twenty years her senior. Intoxicated by her chilly beauty, Sidney pursues the young woman with restless determination and soon proposes marriage. Constance accepts, and with some misgivings moves into his dark, book-filled apartment. But Constance is a haunted woman. When her father, a doctor, makes a devastating revelation, she is forced to revisit the childhood she spent with her dissipated sister Iris in a broken-down house on the Hudson River. Meanwhile Iris’s lover, Eddie, who plays piano in a cocktail lounge, threatens Constance’s already shaky marriage, and before long her world begins to fall apart. Her only consolation is the friendship of Sidney’s boy Howard, a strange, delicate child, not unlike Constance herself… (Bloomsbury Circus)

“Patrick McGrath’s engrossing, suspenseful, psychological novel grips like a thriller, but has a soft and tender heart. It’s a tale of the damage each generation is capable of inflicting upon the next, a harrowing story of betrayal and rancour that filters down the years, that yet somehow manages to find a resolution that is life endorsing and tentatively optimistic.”

“McGrath’s narrative device of relating events second- or even thirdhand is original and risky, but it also has the inevitable effect of pushing us away. He’s far too skillfully in control of his prose to do this accidentally, so you have to conclude that he intends both this distance and the mystifyingly dislocated, arm’s-length experience it forces on the reader. And he does seem to be onto something: the novel’s effects are oddly, cumulatively hypnotic. As a piece of monomaniacal writing, McGrath’s strange narrative never fails to grip and startle. But as a study of emotional and sexual anesthesia, of marital numbness, of the ways in which family obsession and love — or the lack of it — can wreak havoc on a person’s psychological and sexual development, it’s a tour de force.”

“By the end there are flickers of lightning, and black clouds pouring a deluge over New York’s old tenements. The human story is meanwhile looking like a tea party in a morgue, so it’s interesting to see how McGrath ­manages to steer it round to a redemptive ending. How do people ever escape from the crypts of the mind? Ultimately less bleak than some of McGrath’s other work, Constance confirms him as a masterful writer not just of gothic but of complex relationships in crisis.”

“Constance is a beautifully wrought creation who stands at the book’s centre like a cool column of marble. Yet the longer one spends with her, the more cracks one sees. The New York location, not to mention Constance’s neurotic flights, may put one in mind of Esther Greenwood in Sylvia Plath’s The Bell Jar. McGrath has long been a great writer of modern Gothic – the low-wattage shadow, the radio hiss, the coffin-like claustrophobia of the car ride – but there is something about this book that suggests he is deliberately pitching the old Gothic directly against the new, as if to see which is more terrifying.”

“Constance’s sourness and envy are apparent in her readiness to put Iris down and her lack of sisterliness. She betrays Iris, but feels little guilt on a conscious level. Habituated to the role she has created for herself as victim, she is unable to respond to anything positive. She sees Sidney as a controlling pedagogue. Then comes a shattering revelation. Constance does have a reason to feel aggrieved. Is it sufficient for her egocentric, curdled outlook? And she is also capable of giving love to Sidney’s son from his first marriage. Whether Constance is seen as a self-pitying narcissist or a true casualty of circumstance is up to the reader.”

“Triumphantly, McGrath manages to combine psychological interest with an elegant, engaging story. Constance is a tender tale woven with a creeping sense of discomfort.”

“New York in the 1960s hosts a tale dense in literary and historical allusion. Anglo-American themes are complicated: Constance loves London, Sidney prefers America. Sidney admires the American revolutionary Nathan Hale, Constance in childhood taught her little sister to spit on their father’s bust of Franklin Roosevelt. A surfeit of characters with German surnames further unsettles questions of Anglo-American kinship. As the 19th-century romantics took inspiration from the American revolution and the ruins of Rome, Sidney (not long after Harold Macmillan imagined Britain as Greece to America’s Rome) makes a romantic symbol of Penn Station, which New Yorkers saw ruined during that decade.”

“There’s a whiff of Hitchcock’s Marnie in the heroine of this elegant psychological thriller set in 1960s America. ”

“The psychology – Daddy hated me; I want you to be my Daddy – felt a touch Freud by numbers to me. And while Sidney’s voice, pompous and self-regarding, is beautifully done, it’s Constance who gets the greater share of the narratorial burden, and she feels only half-formed: a mystery not only to herself and to Sidney but also to the reader. You put the book down with the treacherous thought that her husband is rather long-suffering, for all that he’s apt to boast about the quality of his panama hat. He should have quit the chat and quietly slipped a Valium into her breakfast coffee instead.”

“McGrath excels in his descriptions of the city. Sidney’s and Constance’s preoccupation with the now fabled 1963 demolition of Penn Station is at the fatalistic heart of the book: “Sidney said we were being forced to eat Penn Station as punishment for letting it die”. Yet despite this compelling symbol, a lack of suspense, stilted dialogue and wild unevenness confound the novel’s intention.”