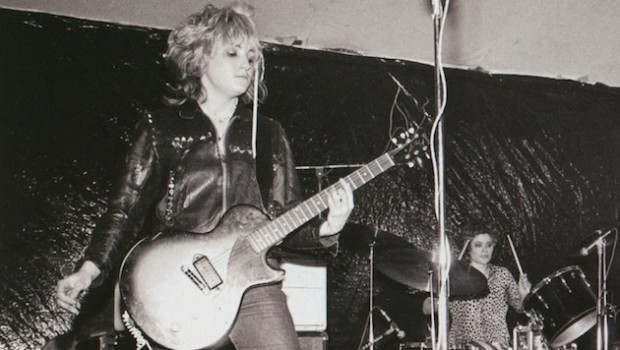 Blurb: Viv Albertine is one of a handful of original punks who changed music, and the discourse around it, forever. In Clothes … Music … Boys a story hitherto dominated by male voices is recast through the eyes of one of the most glamorous, uncompromising and iconic figures of the time. After forming The Flowers of Romance with Sid Vicious in 1976, Viv joined The Slits and made musical history as one of the first generation of punk bands. Here is the story of what it was like to be a girl at the height of punk: the sex, the drugs, the guys, the tours, the hard lessons learnt and those not considered. From Madonna to Lady Gaga, fashion to feminims, Viv Albertine has influenced a range of exceptional artists. Here, before and beyond the break-up of The Slits in 1982, is the full story of a life lived unscripted, with foolishness, bravery and great emotional honesty.

“Pithy, hilarious and smart, this is a wonderfully observant account of the life of a woman who made her dreams come true.”

“Given she thinks anyone who writes an autobiography is “either a twat or broke”, should we read hers? Yes, actually. A fresh, insider’s take on “punk” — a term she always puts in inverted commas, as if handling it with rubber gloves — is enlivened by Albertine’s bluntness about the small victories and many disappointments of a life which, like most, happened by accident… What comes across most strongly is how awful the [punk] era was for women…”

“Albertine writes well about the fledgling London punk scene… At times, her honesty is excruciating. “After a while of licking away,” she writes of a sexual encounter with Johnny Rotten, “I hear an imperious voice from on high, like Quentin Crisp and Kenneth Williams mixed with the Artful Dodger… ‘Stop it, Viv! You’re trying too hard’.”… But Albertine’s writing really comes alive when she describes the visceral thrill of being a Slit.”

“With a title that is an incantation and a picture of the gorgeous author on its cover, Viv Albertine’s autobiography is quite something. It promises a punk snog’n'tell, but is a real tease: strident, uncertain, compelling, with a structure that jerks all over the place via snapshots of Albertine’s life. It’s a scrappy book, as in a scrapbook of memories – and scrappy, too, in the sense she is always up for a fight. Albertine’s words are naive and in-your-face. Above all they talk about what it is not to be a Typical Girl. This is maddening and magnificent all at the same time – rather like her band, the Slits.”