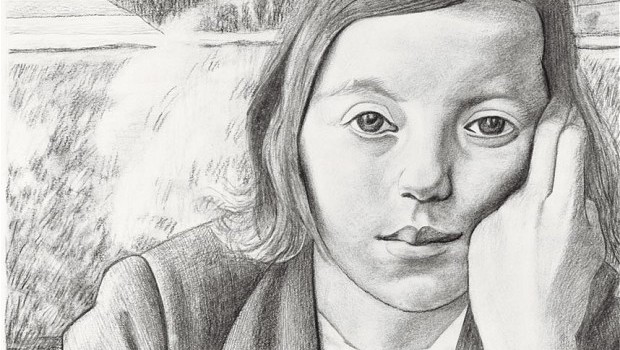 Blurb: It follows the story of Stella, from her childhood as the daughter of a single mother in a Bristol bedsit in the 1960s into the mysterious shallows of her middle age. The story is full of drama – violent deaths, an abrupt end to Stella’s schooldays, two sons by different fathers who aren’t around to see the boys grow up – but as ever it is her observation of ordinary lives, of the way men and women think and feel and relate to one another, that dazzles. Yes, you think. This is how it is. (Jonathan Cape)

Other books by the author | Extract

“Tessa Hadley provides acute observations about English class, gender and economic relations in the second half of the 20th century, without ever once shoving a social critique in the reader’s face. Clever Girl is a remarkable novel by one of this country’s finest, if most unassuming talents. ”

“This is Tessa Hadley’s fifth novel, yet at times this assured work feels more like a series of closely observed character sketches”

“Stella’s striving collapses into a life of usefulness to others, a niceish job, marriage to the former lover, care of two sons by different fathers and an adopted daughter. Perhaps the biggest stretch in the story is believing that this patchwork household could ever cohere, but Hadley remains so fixed in Stella’s viewpoint that whatever this stubborn, lonely, eloquent character has to tell us we accept.”

“As a narrator she is exhilarating and exasperating. Hadley’s eschewal of all didacticism — avoiding authorial intervention to shape the reader’s responses — enables the former reaction to dominate. Disorder shadows Stella’s progress. The result is a personal life agony aunts would describe as “messy”: one lover is murdered, another abandoned to drugs. No father for her children, material hardship, a less than satisfactory working life. Stella scarcely complains; nor does she voice regret. The title is literal and ironic. Hadley forces us to assess and reassess what constitutes cleverness in a woman’s life.”

“Clever Girl is Hadley’s fifth novel and the themes within it — marital meltdown and affairs; the dynamics of relationships; the oppression that comes with family living — are all familiar from her past work … What sets Clever Girl apart, however, is Hadley’s use of the first person throughout. This allows her to enter ­Stella’s often tortured mind so completely that it brings a remarkable conviction to her tale, along with an intensity that is only heightened by the taut, quasi-formal nature of Hadley’s prose. ”

“It’s a jumble, but the framework is there: Hadley’s lament for the homogenising of natural resources and pleasures, her insistence on what Virginia Woolf described as “moments of being”, and her unshowy recourse to literature as a signifier that “we’re wedged tight to the accident of our moment in history”.”

“Hadley is at her best when recalling how it felt growing up 40 years ago, but also how maternal bonds both reward and frustrate. She has a deserved reputation for her careful observation, whether the biscuity smell of a woman’s nylons or face-powder stuck in wrinkles. And her images are pleasing – Stella breaking “the skin of the day”; “lilies of the valley set out on a forced march down the cracks between the pavings”.”

“[Hadley] makes one believe every word of Stella’s story. But to feel engaged, to need to read on, you want to feel Stella could be a friend. I believed in her but could not warm to her. Other readers may fare better. For me, the book was a random encounter accelerating into unwelcome intimacy. One of the things that makes Stella hard to like is that, although we become intimate with the details of her life, she seems always to be partly unavailable as a character or withheld. There are compensations. Hadley writes as a masterly illustrator might draw. ”

“Stella seems like a knowable character. She’s akin to the kind of bookish, introspective female figure exemplified by Jane Gray, the heroine of Margaret Drabble’s 1972 novel The Waterfall … And then Hadley introduces an unexpected shift: Stella quite suddenly decides she does not want to study literature, let alone get a PhD … Such drastic career changes certainly occur in life, but in a novel, where the reader counts on an accumulation of details to build up the inner life of a character, this last-minute switch seems arbitrary, capricious and unproductive. ”

“The first-person voice of Clever Girl lets in overwriting and cliché: “[His smell] made me drunk, it made my knees sag”; “Without him I was exposed, on a lonely pinnacle, afraid of tumbling”; “Proximity to his body . . . licked at me like a flame”; “I’ve burned my boats, I can’t go back”; “There is a little flame burning in him, in spite of himself”; “It’s also a reprieve to be let off that hook and know that you’re simply in your own hands at last.””