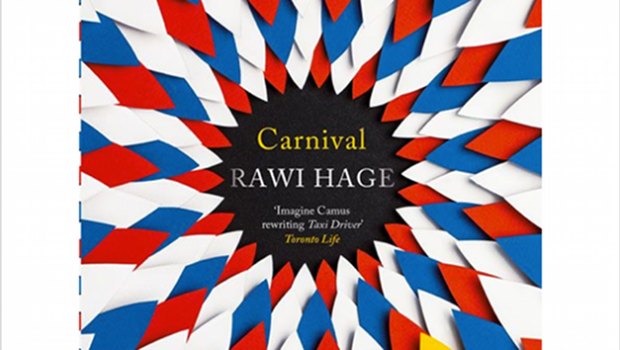 Blurb: There are two types of taxi driver in the Carnival city – the spiders and the flies. The spiders sit and stew in their cars, waiting for the calls to come to them. But the flies are wanderers – they roam the streets, looking for the raised flags of hands. Fly is a wanderer and from the seat of his taxi we see the world in all of its carnivalesque beauty and ugliness. We meet criminals, prostitutes, madmen, magicians, and clowns of many kinds. We meet ordinary people going to extraordinary places, and revolutionaries just trying to find something to eat. (Hamish Hamilton)

“Indeed, the closing chapter’s description of two young murderers who call themselves “The Savage Capitalists” seems a direct nod to Bolaño’s The Savage Detectives, while Hage’s graphic but dispassionate descriptions of grisly homicides are straight out of the Chilean author’s masterpiece 2666. Although immediately ebullient, distinctive and poetic, it still remains to be seen whether Hage’s writing can quite reach those heights of prose. But in Carnival he has produced a tremendous novel – both laugh-out-loud hilarious and full of pathos; deftly constructed, affectionate yet disconcerting, and utterly engaging.”

“As he meets political activists and agrees to drive one client to clandestine meetings, Fly’s episodic life builds some suspense, but this energetic novel is all about the voice, and the fares.”

“I enjoyed this book in so many ways that it is tempting to urge you to eschew any further reading and download it immediately or set off for the nearest decent bookshop, however many hundreds of miles that may now be. But Carnival is not a masterpiece – it is a rich and often beautiful, brave, engrossing, intelligent, literate, funny and very human novel, yet it is not quite as fine as it hopes to be … the attacks on capitalism and religion start to submerge the beauty of the fictive landscape that Hage has created.”

“The diary-like form imposes little by way of structure and it’s easy to sit back and enjoy the ride in Fly’s excellent company.”

“This wandering, compulsively episodic structure is risky. As with magical realist novels, there is a danger that the reader will stop buying it halfway through, unwilling to keep investing in such restless imaginative proliferation. But Carnival manages to sustain a dark and compelling through-line, one powered by a deep sense of anger about how the turbo-capitalist city works.”

“a chaotic and exuberant series of vignettes that are mainly bound together by an underlying, passionate contempt for religion, capitalism and social injustice. The author’s lyricism is sublime, his images startling, and he takes the reader on a surreal and breath-taking ride through a city where the ordinary has become the strange.”

“Gradually, the sprawling and chaotic city — poised on the brink of the carnival — emerges as the main character. The writing is hard work but worth the effort.”

“There are individual scenes which work very well, and are sometimes comic and sometimes moving. Yet, taken as a whole , it is incoherent and tiresome, and the ending with a succession of corpses littering the stage, as if the author had got bored with his cast and decided to get rid of as many as possible, is absurd.”

“Perhaps as a joke, Hage has given his loose narrative a formal architecture. The curtainraising announcement of Act I is followed by these opening words: “I was conceived on the circus trail by a traveller who owned a camel and a mother who swung from the ropes” – though what follows could be nobody’s idea of a confession or apologia. Instead, the book flits between slice-of-life impressions and a sense of crisis. A plot of sorts materialises from nowhere at the end of Act II and then disappears for most of Act III, before returning in a rush of incident as extreme as the earlier digressive casualness.”

Carnival by Rawi Hage The Omnivore