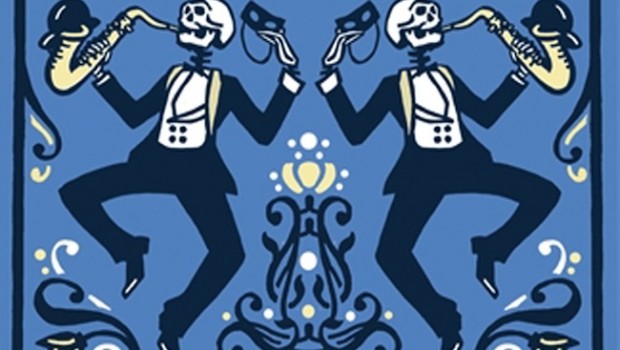 Careless People: Murder, Mayhem and the Invention of The Great Gatsby by Sarah Churchwell

Blurb: Since its publication in 1925, The Great Gatsby has become one of the world’s best-loved books, delighting readers across the world. Careless People tells the true story behind F. Scott Fitzgerald’s masterpiece, exploring in newly rich detail the relation of Fitzgerald’s classic to the chaotic world he in which he lived. Fitzgerald set his novel in 1922, and Careless People carefully reconstructs the crucial months during which Scott and Zelda Fitzgerald returned to New York in the autumn of 1922 – the parties, the drunken weekends at Great Neck, Long Island, the drives back into the city to the jazz clubs and speakeasies, the casual intersection of high society and organised crime, and the growth of celebrity culture of which the Fitzgeralds themselves were the epitome. And for the first time it returns to the story of Gatsby and the high-profile murder that provided a crucial inspiration for Fitzgerald’s tale. With wit and insight, Sarah Churchwell traces the genesis of a masterpiece, discovering where fiction comes from, and how it takes shape in the mind of a genius. Blending biography and history with lost and forgotten newspaper accounts, letters, and newly discovered archival material, Careless People is the biography of a book, telling the extraordinary tale of how F. Scott Fitzgerald created a classic and in the process discovered modern America. (Virago)

“The first readers of Gatsby thought it was all about themselves, a book of the moment. Today, we tend to admire its enduring mythology of aspiration and undoing. Churchwell brilliantly brings these two perspectives together as she holds in counterpoint the sprawling stuff of Fitzgerald’s daily life and the gleamingly taut prose poem that emerged from it.”

“Sarah Churchwell has come closer than many to the heart of this mystery. Careless People (whose title alludes to Fitzgerald’s description of Tom and Daisy Buchanan) is a literary spree, bursting with recherche detail, high spirits, and the desperate frisson of the jazz age.”

“The wonder of Careless People is that it rewinds the years and allows the reader to appreciate again just how well [Fitzgerald] reflected his times, and the greater risks he took as his literary ambitions grew … there is no deep connection between the [Hall/Mills murder] case and Gatsby except for the time frame, and Churchwell’s decision to link them would seem preposterous if it did not work: it underscores again the essential messiness of the times, while providing a narrative structure to her patchwork account of the age.”

“What Churchwell brings is a lively curiosity, a gift for making connections, and an infectious passion for Fitzgerald and his greatest novel …‘This is a book about possibility,’ she announces at the outset and many of the connections she draws are not only unproven, but unprovable. To read Careless People with a sceptical mind is like checking the vitamin content of potato crisps before opening the packet.”

“Much of Sarah Churchwell’s book, Careless People, has been done before, by Ronald Berman, but not quite so enjoyably. Churchwell is the engagingly enthusiastic American academic who appears on the BBC’s Review programme. She is not right about everything (and quite wrong about Tom Wolfe’s latest masterpiece) but she does make you listen, and her writing has a similar jauntiness.”

“It would be good to have more from Churchwell about the European materials out of which this apparently American novel is built. As it is, though, her “collage” technique allows her to investigate subject after subject with subtle intelligence. Even when you disagree with her you find yourself caught up in the excitement of her search.”

“Her historical titbits add depth and colour to the story, as she mixes cultural history and biography with literary criticism. Sometimes, this mixing and matching has a slightly random feel, and I missed the sense of an overarching narrative; but it’s a small sacrifice for such a treasury of new material. Churchwell adds considerably to our understanding of the early 1920s, and how life for Fitzgerald played into the development of his art.”

“… a collage of breezily written texts … It’s worth recalling that Gatsby, perhaps the most perfect short novel in English, comes in at 172 pages in a standard Penguin paperback edition. Careless People is nearly 450 pages long and would have benefited from being half that.”

“By and large, Careless People serves as an entertaining summary of the profuse scholarship on Gatsby, showing how much life, news and reading Fitzgerald mined to write the book – the “beautiful and simple and intricately patterned” novel that he was already planning when he arrived in Great Neck. But Churchwell clearly loses her way in her enthusiasm for the Hall-Mills case, a New Jersey double murder that occurred in September 1922.”

“…a book that is at once bogged down in detail yet peculiarly lazy in its ambition. It is a prime example of the publishing space-filler, that hopes to sell by association with a dazzling subject. A clue is in the subtitle: “Murder, mayhem, and the invention of The Great Gatsby“. Who, other than a breathless ad man, would promote a book on so vague an idea as “mayhem”? Sadly, the flimsy generalisations continue within.”