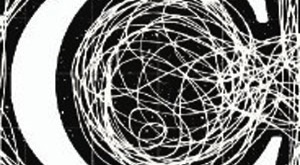 Blurb: Serge Carrefax spends his childhood at Versoie House, where his father teaches deaf children to speak when he’s not experimenting with wireless telegraphy. Sophie, Serge’s sister and only connection to the world at large, takes outrageous liberties with Serge’s young body – which may explain the unusual sexual predilections that haunt him for the rest of his life. After recuperating from a mysterious illness at a Bohemian spa, Serge serves in World War I as a radio operator. C culminates in a bizarre scene in an Egyptian catacomb where all Serge’s paths and relationships at last converge. (Jonathan Cape)

“Despite the book’s historical setting, Tom McCarthy has written a novel for our times: refreshingly different, intellectually acute and strikingly enjoyable. Whether the Man Booker judges concur remains to be seen, but it seems highly unlikely that anyone will publish a better novel this year.”

“…a beautiful, accessible novel with a thrilling tale. This is one of the most brilliant books to have hit the shelves this year, and McCarthy deserves high praise for an electric piece of writing which should be read and enjoyed as much as dissected and discussed.”

“I had a whale of a time with this book, propped on my laptop, Wikipedia open in one window and in another, the OED. It was like being a guest at the dream-party of an extremely well-read host: things read a long time ago and more or less forgotten, things never read that I always meant to, things I certainly will read now, having seen how McCarthy can make them work.”

“C is notable for description which can approach the eidetic … some of the finest writing depicts the carnage of the Front … Issues of motifs aside, C is formidably well assembled and it is admirable for an unashamed literary ambition.”

“The near-Joycean scale and density of all this is truly impressive, as is McCarthy’s ability to fold it into a cleanly constructed narrative, which has its boring stretches but also moments of humour and weird beauty. Yet its mind-blowingness as a reading experience depends on the reader’s appetite for certain types of analysis. Armed with various concepts from Heidegger, Freud or Paul Virilio, say, it would be possible to unpick its implications more or less indefinitely, but there’s a dispiriting feeling that the book has been reverse-engineered with an eye to achieving just that.”

“McCarthy’s project is ambitious, clever and, when he writes about it in essay form, exciting. As a novel, it remains frustrating. Serge has to carry a lot of historical and intellectual baggage, and his motivation is often compromised by the allusions, nods and winks and dramatic irony that must be encoded by his actions. He’s not supposed to be a realist hero, and he never makes it as the tragic, post-futurist hero I wanted him to be either… Instead Serge seems to be above characterisation, in the same way the novel seems to be above plot.”

“McCarthy has said that his novels are in fact about ‘failed transcendence’, about the ways in which the ‘world disappoints us by making promises which it doesn’t then fulfill’… Near the end of the book, Serge falls ill on a trip down the Nile. He has the impression of ‘being held in a machine, but … one whose operator has abandoned it … leaving its motions to repeat without a reason for doing so anymore’. He could almost be describing the experience of reading the novel in which he appears.”

“…McCarthy’s new novel is full of familiar delights and familiar tedium… Although McCarthy favours the emphasis on facts and visual description encouraged by Robbe-Grillet and achieves something of Kafka’s chill, C remains disappointingly approachable. It neither confounds nor excites; for better or worse, it is not a new direction.”

“[A] disappointing and highly self-conscious new novel… The opening chapters, tracing the siblings’ childhoods, recall those of Ian McEwan’s “Atonement” … But unlike Mr. McEwan’s masterpiece “C” neither addresses larger questions about love and innocence and evil, nor unfolds into a searching examination of the consequences of art. Worse, “C” fails to engage the reader on the most basic level as a narrative or text.”

“…unlike the radios strewn across it, C is less than the sum of its parts. Many have heralded McCarthy as the standard bearer of the avant-garde, but he has written, in some ways, a conventional novel, with a linear plot following a central figure and bound by a number of themes. Ugly distortions, however, are caused by McCarthy’s philosophical predilections, especially his thinking about the effect of technological modernity on selfhood. If you want to reject psychological interiority as old-hat liberal humanism, then your characters will still be unengaging, even if they retain a theoretical purity.”

“While there is much to pique the curiosity in McCarthy’s new novel, it remains a disappointingly miscellaneous whole, not quite in balance, or completely outwitting cliché.”

“The convention with works like this is to remark that it is daring and interesting and the novelist is one to watch, even though the novel may not be perfect. Sadly, I cannot even half-heartedly recommend a book that on occasions left me close to tears of boredom. So: if you’re sick of the bourgeois conventions of the novel, and are searching for a dose of what McCarthy’s Necronauts call “the brute materiality of the external world”, look no further. If not, you should probably give C a wide berth.”