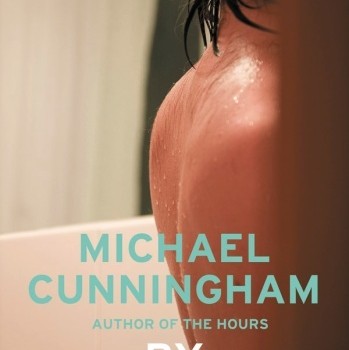 By Nightfall by Michael Cunningham

Blurb: Peter is forty-four, prosperous, childless, the owner of a big New York apartment, a player in the NY contemporary art dealing scene. He has been married to Rebecca for close on twenty years. Their marriage is sound, in the way marriages are. Peter might even describe himself to be happy. But when Mizzy, Rebecca’s much younger brother, comes to stay, his world is turned upside down. Returning to their New York flat after work one day, Peter sees the outline of Rebecca in the shower. But when he opens the shower door, it is Mizzy he comes face to face with. From that moment on, Mizzy who occupies all of Peter’s thoughts. His fascination with him is erotic but not exactly sexual. Without ever really falling out of love with his wife, he tumbles into love with her brother. (Fourth Estate)

“His dialogue is deft and fast. The pace of the writing is skilled — stretched or contracted at just the right time. And if some of the interventions on art are too long — well, too long for whom? For what? Good novels are novels that provoke us to argue with the writer, not just novels that make us feel magically, mysteriously at home. A novel in which everything is perfect is a waxwork. A novel that is alive is never perfect.”

“If the novel’s final revelation seems a bit bland, it’s more than compensated for by the insight and humor that come before. Admittedly, By Nightfall doesn’t have the emotional breadth of The Hours, but it’s a cerebral, quirky reflection on the allure of phantom ideals and even, ultimately, on what a traditional marriage needs to survive.”

“As in A Home At The End Of The World and The Hours, Cunningham is at his considerable best when exploring the ramifications of sexual ambiguity. Although he sometimes seems as eager to aestheticize Peter’s desires as Peter himself, he has created a richly compelling narrative, couched in a prose that is clever, charming and just a little untruthful, perfectly in keeping with the world that it depicts.”

“If Cunningham sometimes strains too hard for significance, there’s no doubting that his novel has in abundance “that most vital and least describable of the fundamental qualities — authority”.”

“In presenting Peter’s fear of ageing, in an ageing marriage, Cunningham captures both the shallow vanities and the emotional depth of this anxiety … In the end, his story is not an endorsement of long term-relationships nor a condemnation.”

“Mr Cunningham is a swift and competent writer, and for this reason the pages of By Nightfall fly past despite the curious charismatic void that is its main character … By Nightfall is a better novel than most, and more frustrating for its flaws. We know Mr Cunningham is capable of much more.”

“By Nightfall has its own language, influenced by Joyce’s efforts to immerse the reader in a character’s habits of thought rather than the particular result of those efforts. The initial irritations of Peter’s voice fade … And yet the reader besotted with, or anyway addicted to, Cunningham’s fleeting, saturated chatter can well understand why some tastes may recoil from it, why initial irritations may only grow.”

“…less than first-rate… Cunningham’s forte is the inner lives and mortal yearnings of urban dwellers … But Harris is a more anxious, uncertain and patchy protagonist than the great writers whose souls Cunningham cunningly stole in previous novels.”

“Cunningham has reined in his keen and compassionate social sense to concentrate on a small and perhaps less original canvas. His great gifts are everywhere apparent — the wonderfully exact notation of feelings and sensations and appearances, the observant lyricism, the elegant wit — but the cumulative impact of the novel is oddly muted.”

“There are the makings of a decent drama here, quickly snuffed out by Cunningham’s good taste, which extends to the discussion of art, food, films (even the movie the couple watch on television is Hitchcock’s Vertigo). It gives the book an airless quality, as if written by a curator rather than a creator.”

“…the animating spirit here is Thomas Mann, or more specifically Death in Venice … Yet the danger of rooting one novel so directly in another can be in the associations it stirs up. One reason The Hours worked was its audacity; to build a novel around Mrs. Dalloway is to claim, implicitly or otherwise, that it is worthy of Mrs. Dalloway. Here all the literary references remind us how thin By Nightfall is.”

“…the final pages [give the novel] a narrative momentum lacking in its earlier sections, which are weighed down with depictions of New York and its mercenary art scene. The novel’s main shortcoming, however, lies at the heart of Peter’s attraction to Mizzy. Although their early scenes are erotically charged, the nature of Peter’s amour fou becomes increasingly baffling.”

“…if you were selling literary fiction to a sci-fi or chick-lit reader, Cunningham’s books would be a bad place to start. His fiction is everything that serious literature-phobes hate: packed with arty types, cultural allusions and introspective monologues. To experiment successfully with fiction like this, an author needs to find the point at which the introspection goes too far. I’m afraid that By Nightfall might be that point.”

“Nothing makes a novel seem more vulnerable, more naked, than an armour-plating of literary references. If you’re constantly referring to landmarks, it doesn’t make you look as if you’re striding confidently forward – it makes you look lost.”