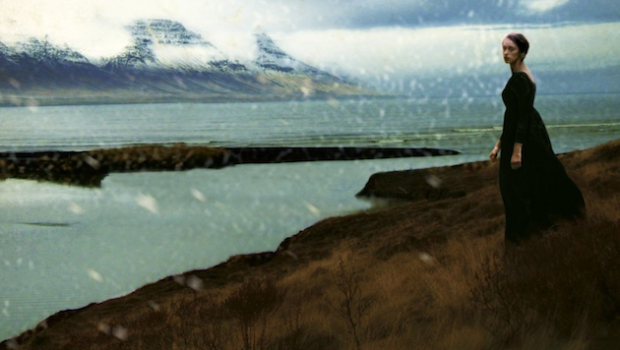 Blurb: In northern Iceland, 1829, Agnes Magnúsdóttir is condemned to death for her part in the brutal murder of two men. Agnes is sent to wait out the time leading to her execution on the farm of District Officer Jón Jónsson, his wife and their two daughters. Horrified to have a convicted murderess in their midst, the family avoids speaking with Agnes. Only Tóti, the young assistant reverend appointed as Agnes’s spiritual guardian, is compelled to try to understand her, as he attempts to salvage her soul. As the summer months fall away to winter and the hardships of rural life force the household to work side by side, Agnes’s ill-fated tale of longing and betrayal begins to emerge. And as the days to her execution draw closer, the question burns: did she or didn’t she? (Picador, 2013)

“[Kent] scoured ministerial records, parish archives and censuses – translated extracts of which appear at the beginning of each chapter. She read local histories and publications about the case, and spoke with Icelanders. All this research has paid off in spades: the end result is a novel so steeped in period detail that the extracts lifted from original sources sit eloquently alongside the fictionalised account, the transition between the two being effortlessly smooth … Burial Rites is a debut of rare sophistication and beauty – a simple but moving story, meticulously researched and hauntingly told.”

“Although it is the debut of an Australian writer still only in her twenties, Burial Rites will stand comparison with Margaret Atwood’s Alias Grace and Peter Carey’s True History of the Kelly Gang, works that similarly required their authors to get inside the heads of real-life criminals from distant eras.”

“Through the long countdown towards – and too-swift realisation of – Agnes’s fate, it is Kent’s heart-racing imagery that lingers: the violent green of the northern lights; the “wild screaming of snow”; the porous landscape of lava, moss and water. Kent portrays the harsh existence of these rural, highly literate people with exactitude; and even the bleakness of Agnes’s end, its gut-churning fear, holds an exhilaration that borders on the sublime.”

“This is a tormented tale of love and betrayal and divided loyalties recounted with heartfelt honesty; and as the Jonsdottirs listen to the unravelling of Agnes’s life, their relationship with her undergoes a slow transformation and lonely Agnes changes from a cold, murderous criminal to a troubled young woman. An exceptional debut.”

“Hannah Kent’s prose is extraordinarily terse and precise as she tells the story from several different viewpoints: the older housewife whose health is failing, the priest who has to oppose fellow-clergy in his sympathy for the “murderess”, and that of Agnes herself, whose struggle for survival amid the harshest of landscapes and the cruelty of human beings is described with vivid intensity. Yet the beauty and fascination of this way of life is movingly portrayed, as is the spirit of its highly literate people.”

“The constant switching of points of view inevitably attenuates the reader’s commitment to Agnes, which is a shame because hers is both the most difficult and the most compelling voice. Agnes addresses the reader directly in the first person, providing sentences so striking that you stop and read them again. ”

“Kent’s research has been meticulous; this is wonderfully strange and haunting.”

“Though Ms. Kent can get a little carried away in the telling — “A fire raged in the wake of his lips, while the wind shrieked outside” — she delivers a gripping tale about what Agnes was actually guilty of.”