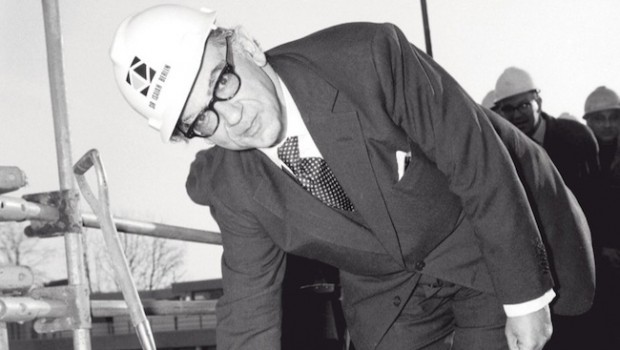 Blurb: In the period covered here (1960-75) Isaiah Berlin creates Wolfson College, Oxford; John F. Kennedy becomes US President (and is assassinated); Berlin dines with JFK on the day he is told of the Soviet missile bases in Cuba; the Six-Day Arab-Israeli war of 1967 creates problems that are still with us today; Richard M. Nixon succeeds Johnson as US President and resigns over Watergate; and the long agony of the Vietnam War grinds on in the background.

At the same time Berlin publishes some of his most important work, including Four Essays on Liberty – the key texts of his liberal pluralism – and the essays later included in Vico and Herder. He talks on the radio, appears on television and in documentary films and gives numerous lectures, especially his celebrated Mellon Lectures, later published as The Roots of Romanticism.

Behind these public events is a constant stream of gossip and commentary, acerbic humour and warm personal feeling. Berlin writes about an enormous range of topics to a sometimes dazzling cast of correspondents. This new volume leaves no doubt that Berlin is one of the very best letter-writers of the twentieth century.

“These letters are compelling. There is wit, charm and effortless erudition, but also a fair amount of thin-skinned kvetching and a delighted bitchiness. He is avuncular and generous, self-deprecating and wry, but on rare occasions one winces as he slips into dubious racial politics or shamelessly plays correspondents off against each other. This is no St Isaiah. The accounts of the incestuous politics at All Souls are tedious but the pen portraits of the great and the good have a pithy perfection … the final volume of his letters will complete one of the most important collections of correspondence of the century.”

“Consistently interesting and at times strikingly unexpected, these letters show sides of Berlin that have not been seen before. Often viewed — not always without reason — as avoiding conflict on matters of principle for fear of alienating institutions that were important in his life, we find him in 1972 resolutely resigning from the Old Pauline Club in protest against the imposition of a numerical quota on non-Christian entrance candidates for admission to his old school. Severing a more than forty-year-long association, he does so because of his inability to ‘acquiesce … in a principle that seems to me morally intolerable’. This is not the voice of a cautious trimmer.”

“The Letters, of which Building is already the third capacious volume, reveal much. Here, essentially, is an amiable lover of human nature who, apart from the dourness of scholarly routine, can’t believe his luck as a successful public intellectual … One way to read Berlin today is to relish the passionate man between the high-flown lines. He was the snob who truly loved people, and the thinker for whom all ideas were worn on the body.”

““My colleagues [writes Berlin] …had always suspected that I moved in some social world not wholly identical with theirs.” Many of the letters collected in this volume (the third of four) tend to confirm his colleagues’ suspicions … Other letters, though, show a different side to Berlin: not the social gadfly or peripatetic star lecturer (much of this correspondence appears to have been composed in the air, as he flew from one visiting professorship to another), but the conscientious committee man (the title of this volume refers to the central role that Berlin played in the establishment of Wolfson College, Oxford). Students of his thought will find much of interest, too—especially the deepening of his interest in the thinkers of the German romantic counter-Enlightenment.”

“Superbly edited … Yet there is always a tension. On the one hand, the vast erudition, fluency and humanity. On the other, the feline gossip, the back-stabbing and the namedropping.”

“The letters do not offer much guidance or categorisation if you are not already a ­Berlin devotee, and some of the debates, with Richard Crossman for example, are spoilt by having only one side of the exchange. But there are many wonderful sketches. Of, for example, ­President Kennedy who Berlin admired but thought “a bit ­common”, or Roy Jenkins and his obsession with titles and aristocracy. And there are damning judgments of many great and good: including Clement Attlee, who is dismissed as a xenophobe and anti-semite.”