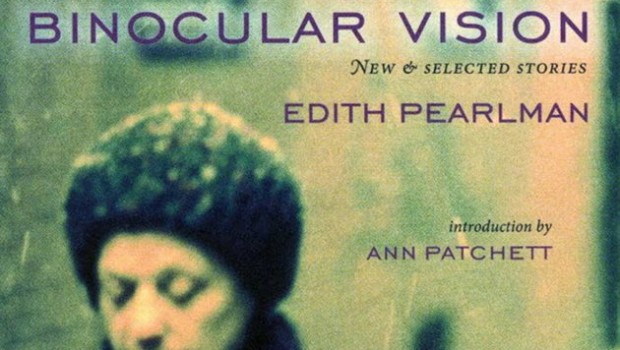 Blurb: Edith Pearlman’s Binocular Vision is a short story collection from an award-winning author who has been compared to Alice Munro, John Updike and even Chekhov. (Pushkin Press)

“I wanted to write that Pearlman’s is an art of supreme restraint but that is to suggest something buttoned-up and restricted. She can also be loose and antic. Substitute, perhaps, control for restraint: she knows in every story here precisely what she’s doing. And they are so various, so inventive, so full – sentence by sentence – of the oddity and quiddity and complexity of individual lives.”

“It’s standard to marvel at the amounts of energy and time that can be covered over the fictional sprint distance, but Pearlman is gold medal class at such compressed athleticism. In barely 1,500 words, “Fidelity” charts a long marriage and its interrupting adulteries, while also glancing wryly at journalistic ethics, through an account of a dying travel writer who, from his death-bed, sends ravishing sketches of invented cities to the editor with whom he and his wife have enjoyed a close friendship.”

“This generous spread of new and selected stories, written over a 35-year period, exhilaratingly exhibits Pearlman’s remarkable breadth of subject matter. Settings range from London during the Blitz to condominiums in New England today. Strikingly diverse locations, each atmospherically conjured up, include dusty little towns in Latin America, a riverside inn in the Hungarian countryside, ravaged postwar Paris, Cape Cod summer houses, television studios, hospital wards, an apartment block in Jerusalem and “Donna’s Ladle”, a women’s soup kitchen in Godolphin (a fictional suburb of Boston that is Pearlman’s most recurrent locale).”

“Every single one of these stories, from the doctor who decides to stop treatment for her cancer to the odd-couple relationship between a man of 67 and a 17-year-old girl, is saturated with an old fashioned elegance and charm, but driven by contemporary concerns. ”

“Pearlman writes about the predicaments — odd, wry, funny and painful — of being human. Her characters are sophisticated, highly literate, relatively affluent and often musical. They travel, they read, they go to museums and concerts: they take pleasure in what the world offers. They’re also principled, and moral responsibility plays an important part in their lives. Pearlman’s prose is smooth and poetic, and her world seems safe and engaging. So it’s arresting when, suddenly, almost imperceptibly, she slips emotion into the narrative, coloring it unexpectedly with deep or delicate hues.”

“They are at turns solemn and funny; while the macabre tale of a second-hand toyshop in a Czech village shows how well her tone can slide into the abstract. Each story can feel so fully imagined, that it’s as if the weight of a novel has been compressed through time and economy into short and sturdy parameters. Occasionally, Pearlman’s ambition doesn’t quite translate. A couple of the stories — Allog and Chance — seem overpopulated with characters or descriptions to compensate for what doesn’t feel organically known about the place or the subject. ”