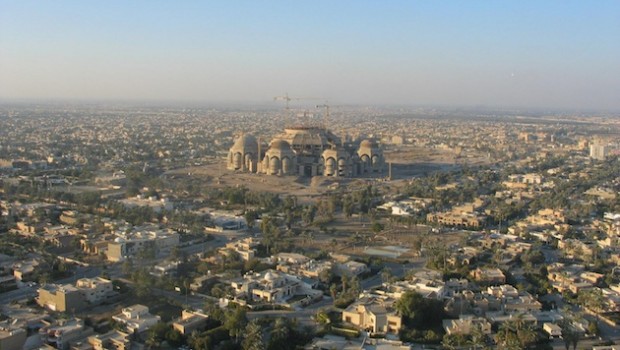 Baghdad: City of Peace, City of Blood by Justin Marozzi

Blurb: Over thirteen centuries, Baghdad has enjoyed both cultural and commercial pre-eminence, boasting artistic and intellectual sophistication and an economy once the envy of the world. It was here, in the time of the Caliphs, that the Thousand and One Nights were set. Yet it has also been a city of great hardships, beset by epidemics, famines, floods, and numerous foreign invasions which have brought terrible bloodshed. This is the history of its storytellers and its tyrants, of its philosophers and conquerors. Here, in the first new history of Baghdad in nearly 80 years, Justin Marozzi brings to life the whole tumultuous history of what was once the greatest capital on earth.

“…a triumph of subtle evocation… Baghdad’s literary legacy is more pertinent since the city of peace and blood has also always been a city of mud, with the baked bricks all too often subsumed by the café crème-hued waters that swirl beside and through it. For the skill in his book is to paint the city largely from its literary remains, in line with an Arab saying: “Cairo writes, Beirut prints and Baghdad reads”.”

“Marozzi’s writing is vivid and compelling and his historical judgements convincing and well founded in a wide variety of original sources. Some of his most interesting sections come when he deals with periods that have been almost completely neglected by modern historians… Baghdad is the best account we have in English of the long story of the development and survival of this remarkable city.”

Ali A. Allawi, The Spectator

“Justin Marozzi’s book is a brilliant, evocative and erudite retelling of the history of this most intriguing of cities. The author has drawn on a wide array of sources, from travellers’ memoirs and diplomatic despatches to the works of the great medieval historians, geographers and theologians, many of whom were resident in Baghdad. To these important sources he has added his own experiences of sojourns there over  the last decade, giving the book an intimacy and authority often lacking in similar works.”

“[A] fascinating and intelligent study… Marozzi ends his book on an upbeat note stressing the capacity of people in Baghdad to endure repeated disasters, the most recent being Saddam Hussein’s wars and occupation and civil war that followed.”

Baghdad: City of Peace, City of Blood by Justin Marozzi The Omnivore