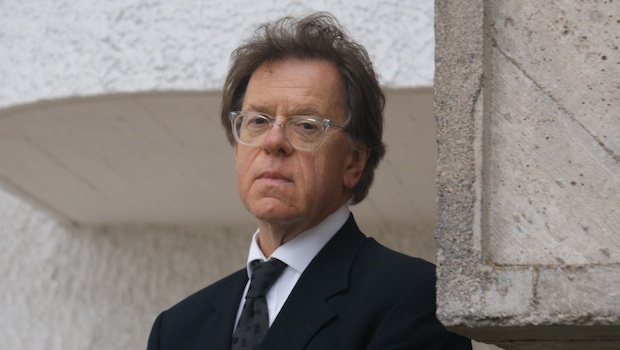 An Encyclopaedia of Myself by Jonathan Meades

“On architecture Meades has written that we should apply the same protectionist sensibility to the local and the humble as to the elevated, and the ethos of the English 1950s has been perfectly caught in his prose. Many chapters are no more than a few pages, though what can appear as isolated jottings in the end come together in a pointillist canvas to form by far the best picture of the 1950s I have read.”

“His memoir shows an autodidact’s fondness for big, polysyllabic words (‘gingivitic’, ‘leucous’, ‘dizygotic’); and there are too many portraits of retired army majors and tweedy types in regimental ties. Still I loved this book. Meades is a very great prose stylist, with a dandy’s delight in the sound and feel of words, and we are lucky to have him.”

“Those who know Jonathan Meades only from his television work will be familiar with his tone, but they may be surprised that he writes with such force and originality. To them I would commend his novel Pompey, brought back into print last year (and to which I contributed an introduction), which is one of the best and most underrated of its genre to be written in the last thirty or forty years. Meades is already a cult. This book will make him more so. It is a true literary achievement, and one’s only regret is that a sequel is not already at hand to be read straight away.”

“Undiluted indignation, however elegantly expressed, can be as wearisome as concentrated nostalgia; but the fine flourish of Meades’s rage is tempered with a rare, reluctant tenderness, for a few selected adults, and for his younger self: “At the age of 16 I was already nostalgic for my childhood self,” he writes. “For the summers when I had been 10 and 11, knowing they wouldn’t come my way again…” The result is a dazzling confection of grown-up sophistication and schoolboy intensity of feeling.”

“The title of this, his memoir of growing up, is carefully chosen so, before embarking, you might care to consider how much you actually enjoy reading encyclopaedias. If you adore them; if you love acquiring facts; if you yearn to dazzle your friends with your knowledge of 1950s confectionery or the connection between the film director Lindsay Anderson and Cracker Barrel cheese (he directed their commercials), then Meades is your man. If, however, like me, you suffer a vulgar craving for some narrative oomph and emotional engagement, then Meades is a frustrating, often maddening read.”

An Encyclopaedia of Myself by Jonathan Meades The Omnivore