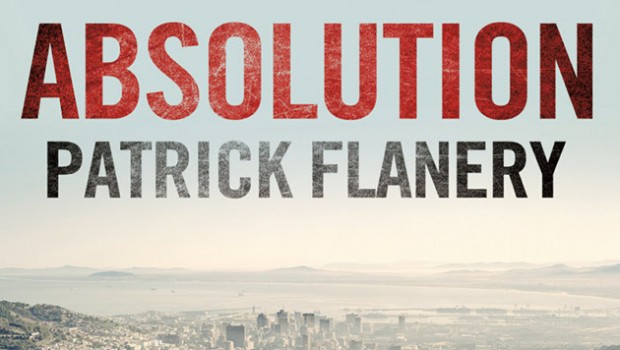 Blurb: In her garden, ensconced in the lush vegetation of the Western Cape, Clare Wald, world-renowned author, mother, critic, takes up her pen and confronts her life. Sam Leroux has returned to South Africa to embark upon a project that will establish his reputation – he is to write Clare’s biography. But how honest is she prepared to be? Was she complicit in crimes lurking in South Africa’s past; is she an accomplice or a victim? Are her crimes against her family real or imagined? As Sam and Clare turn over the events of her life, she begins to seek reconciliation, absolution. But in the stories she weaves and the truth just below the surface of her shimmering prose, lie Sam’s own ghosts. (Atlantic Books)

“This is an exceptionally intelligent, multi-layered novel encompassing politics, history, a gripping storyline and complex characters. It has absorbing depictions of grief, guilt, parenthood and sibling rivalry, and is beautifully written. The prose is lucid and strong, scenes of crime are full of suspense, and time and again phrases haunt with their imagery. ”

“Flanery’s narrative is fragmented … The effect can be bewildering, but the reader’s patience is rewarded in the book’s revelatory final stages, which are taut and gripping. Absolution serves as proof, if any were needed, that a novel can be both unashamedly literary and compellingly readable – Man Booker judges, take note.”

“The physical violence and Absolution’s landscapes tell of South Africa, but the characters’ interiority and the sophisticated sense of the past is wonderfully Henry James.”

“Patrick Flanery displays an impressive intellectual maturity in shaping the mise en scène of this, his first novel. Avoiding the temptation to work state-of-the-nation commentary into his depiction of present-day South Africa, he relies on the limited but telling observations and experience of his principals to set the context. Sam’s liberal instincts are shaken by his impressions of the new South Africa. Clare takes her white privilege – liberal white privilege, to be fair – somewhat for granted. It is only in the wake of a burglary at her home – and the curious experience of the accuser being made to feel like the accused – that she begins to appreciate just how much things have changed.”

“To the South Africans in Patrick Flanery’s uncommonly thought-provoking novel, Absolution, the past is largely a source of anguish, and its torments are most acute when the facts are most elusive. Like the T.R.C., Flanery’s novel is a patchwork of imperfect and conflicting reconstructions, stitched together from multiple sources. ”

“In places the book suffers from descriptive hyperactivity, particularly in Sam’s observations of Clare. This was perhaps a deliberate effort on Flanery’s part to give Sam a distinct voice, but a little goes a long way: “There’s a flicker of gray tongue,” Sam says of Clare on the first page. A page later we read, “There’s a lick of a smirk on one side of the mouth.” A few lines on, “There’s a hint of the girlishness I saw in Amsterdam.” Forty pages later, “Her eyes flicker briefly up to mine,” and then: “a little cough again, clearing the throat, and a surprising, girlish toss of the hair.” But this is a quibble. Flanery has talent to spare, and he’s a talent to keep an eye on. My bet is he’ll be back. And he’ll be even better next time.”

“An inquiry into the ethical accountability of the writer and the ethical and epistemological problems of “life-writing”, written (some of the time) in the present tense and using third-person autobiography, Absolution invites comparison with such books as Slow Man and Summertime. But Flanery is a warmer writer than Coetzee, his relationship with the reader more conventional, and the book’s flaws are generally earthbound ones – flaws of craft rather than vision.”

“At times Flanery’s prose evokes Graham Greene; but Wald’s search for profundity can feel a little contrived. A literary thriller whose writing is consistently first class, Absolution might have been even better if it’s structure had been more straightforward. Opinions will differ as to whether the strands of the plot are braided or merely knotted together, since, at the end, several questions remain unanswered.”

“At first, Sam seems little more than a scholar trying to make his mark. But as his story unfolds, he is revealed as the orphan of political activists with a significant prior connection to Wald. His attempts to untangle the past and sort through the blurring of memory are masterfully handled by Flanery, who writes with a confidence and erudition that belie his young age …”

“Absolution, the first novel by Patrick Flanery, is likely to disturb anyone with settled views on South Africa. In part a literary detective story, it is a deeply unsentimental portrait of a society where freedom came recently and a lot of people are not entirely sure whether to embrace, ban or shoot it.”

“The prose is generally serviceable, but far from inspired and at times poor … The first quarter of the book is thick with interesting thoughts about the nature of the censorship regime in apartheid-era South Africa. One begins to expect that the novel will be an examination of an author’s self-censored life, the sacrifices and justifications that it entails. But then “Absolution” shifts into a story about the dynamic between Sam and Clare and their mutual history. After this, it shifts again to a history of the armed struggle against the regime. But Sam is not an interesting enough character to hold these disparate elements together. At length, “Absolution” feels as though it’s dabbling in many things, but not fully succeeding with any of them.”