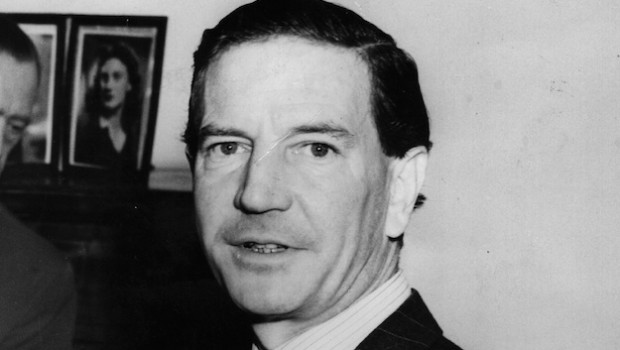 A Spy Among Friends: Kim Philby and the Great Betrayal by Ben Macintyre

Blurb: Kim Philby was the most notorious British defector and Soviet mole in history. Agent, double agent, traitor and enigma, he betrayed every secret of Allied operations to the Russians in the early years of the Cold War. Philby’s two closest friends in the intelligence world, Nicholas Elliott of MI6 and James Jesus Angleton, the CIA intelligence chief, thought they knew Philby better than anyone, and then discovered they had not known him at all. This is a story of intimate duplicity; of loyalty, trust and treachery, class and conscience; of an ideological battle waged by men with cut-glass accents and well-made suits in the comfortable clubs and restaurants of London and Washington; of male friendships forged, and then systematically betrayed. With access to newly released MI5 files and previously unseen family papers, and with the cooperation of former officers of MI6 and the CIA, this definitive biography unlocks what is perhaps the last great secret of the Cold War.

“…a hugely engrossing contribution to Philby lore… It is both authoritative and enthralling, and the contrasting lives of the two “friends” works as a most effective way of exploring the social context and values of the SIS and the upper levels of British society. The book is all the more intriguing because it carries an afterword by John le Carré.”

“A Spy Among Friends is an extraordinary book about a sordid profession in which the most important attribute is the ability to lie… I’m not a lover of spy novels, yet I adored this book. Fictional spies never seem believable to me; novels are populated by stereotypes devoid of the nuances that define the individual. That’s not the case here. Macintyre’s strength is his capacity for intimacy, the very thing Philby, Elliott and Angleton lacked.”

“…an absolute humdinger. As he has proved before – recently with Double Cross: the True Story of the D-Day Spies – no one writes about deceit and subterfuge so dramatically, authoritatively or perceptively. To read A Spy Among Friends is a bit like climbing aboard a runaway train in terms of speed and excitement — except that Macintyre knows exactly where he is going and is in total control of his material.”

“Enter Ben Macintyre, the author of Agent Zigzag and Operation Mincemeat, bestselling accounts of high-octane, covert capers from wartime Britain. Macintyre, the witty elegist of class-conscious, late-empire Britain, is the supreme pontiff of the “What larks” school of popular history. His challenge here, moving to the shady side of the post-imperial slope, is to unfold a harrowing tale while simultaneously entertaining his devoted readers with his customary galère of twits, alcoholics, transvestites, and fantasists. A Spy Among Friends, a classic spookfest, is also a brilliant reconciliation of history and entertainment.”

“With such a wealth of information to get across (let alone the legal constraints that must have been imposed), it would have been all too easy for this to become a dry, factual account… instead in MacIntyre’s hands we find ourselves caring about the men in a way that rarely happens in biographies. A Spy Among Friends is at least as compelling as any of the great fictionalised accounts of Britain’s greatest traitor and one of the best real-life spy stories one is ever likely to read.”

“The atmosphere of those years, and the ways in which social connections consistently trumped any secure procedures, are nicely caught in dozens of small details… Ben Macintyre has written an engaging book on a tantalising and ultimately tragic subject.”

“Ben Macintyre is once again entertaining, even if he offers no new revelations as the files of MI6, CIA and KGB remain firmly closed. Instead, Macintyre tries to unravel Philby through ‘the prism of personal friendship’.”

“Conscious that Philby’s story has been told many times before, Macintyre tries to find a new angle by interweaving it with that of Elliott, probably Philby’s closest friend in MI6. This has the merit of creating a rare sense of momentum, as we build towards that great confrontation in Beirut. But it also has the disadvantage of making the book feel sometimes like a slightly diluted le Carré thriller. In any case, it is Philby who holds our attention, not Elliott.”

A Spy Among Friends: Kim Philby and the Great Betrayal by Ben Macintyre The Omnivore