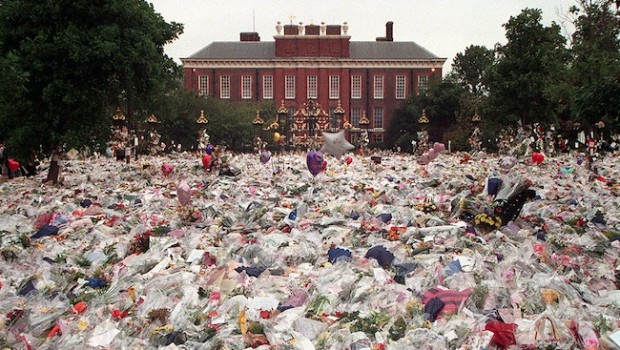 Blurb: When Margaret Thatcher was ousted from Downing Street in November 1990 it appeared that Britain had reached a crossroads. After eleven years of bitter social and economic conflict many hoped that the decade to come would be more ‘caring’; others dared to believe that the more radical policies of her revolution might even be overturned. Across politics and culture there was an apparent yearning for something the Iron Lady had famously dismissed: society.

Yet the forces that had warred over the country during the 1980s were to prevent any simple turning back of the clock. The ‘New Britain’ to emerge under John Major and Tony Blair would be a contradiction: economically unequal but culturally classless.

Whilst Westminster agonised over sleaze, Northern Ireland and the ERM, the country outside became the playground of the New Lad and his sister the Ladette, of Swampy and the YBAs, of Posh and Becks and Jarvis Cocker. A new era was dawning which promised to connect us via the ‘information superhighway’ and entertain us with docusoaps. It was also a period that would see old moral certainties swept aside, and once venerable institutions descend into farce – followed, in the case of the Royal Family, by tragedy.

Opening with a war in the Gulf and ending with the attack on the World Trade Center on 11 September 2001, A Classless Society goes in search of the decade when modern Britain came of age. What it finds is a nation anxiously grappling with new technologies, tentatively embracing new lifestyles, and, above all, forging a new sense of what it means to be British.

“… the field of instant history now attracts some of this country’s liveliest and most intelligent writers … Alwyn W Turner ranks high among them: ravenously inquisitive, darkly comical and coolly undeceived … His research is phenomenal. There seems to be no haystack through which he has not rummaged in search of every needle. On one page, he quotes from Edwina Currie’s first novel, and on the next from Paddy Ashdown’s Citizen’s Britain: A Radical Agenda for the 1990s. Few writers can have suffered more for their trade.”

“A particular pleasure of this wonderful, hilarious book is Turner’s contempt for politicians, who are ‘perverts, liars and conmen’, on the whole.”

“Amazing … The major blight on an otherwise uniformly brilliant work is the near omission of the influence of acid house music. By way of contrast, comedian David Baddiel (admittedly a ubiquitous figure) gets more mention than Ecstasy, acid house, raves and dance music put together, which are collectively allotted one page of coverage out of almost 600. Strange, considering no other element of British life defined the aspiration towards classlessness more.”

“Tremendously entertaining … As a historian, Turner is probably his own worst enemy — which I mean as a compliment. His book has plenty of acute insights, as well as a sensible thesis that the 1990s saw the establishment of a new post-Thatcher settlement, based on economic and social liberalism. But the stories are just so good, and often so funny, that you keep forgetting about the argument.”

“Turner, a cultural historian, uses nuggets from TV, film and comedy to enrich his main focus. Yet he ends up implying that Diana — and in Blair’s second term, Jade Goody — were more important, to the extent that they represented bigger trends over which politicians had little control.”

“Reading A Classless Society is like a safari through vaguely familiar country, illuminated by a shrewd, fair-minded guide with an elephantine memory. It is, however, like Labour in government in being wholly media-driven. As Blair himself put it: “It’s the signals that matter. Not the policy.” And if newspapers are the first rough draft of history, this is a smoother second draft: a synthesis of everything that appeared in the media. What one would like from a future historian is a broader sense of what was peculiarly British and what was a local manifestation of global trends, and a greater emphasis on the long-term shifts that the media overlook. But maybe that needs more time.”

“The title of Alwyn W. Turner’s book could deter readers. Even the Hollywood film The Secret Lives of Dentists promised more excitement … Intellectual stagnation was not confined to public life. Most cultural fields lacked daring and creativity. Incisive novels about contemporary Britain were scarce. An exception, rightly highlighted by Turner, was The Vicar of Sorrows by A. N. Wilson, a satire on the disarray in the Anglican church.”

“…the book is punctuated by the observations of people like the comedian-activists Mark Steel and John O’Farrell, rather than of sociologists, demographers, statisticians or academics. As a result it passes up on any rigorous attempt to understand and describe what was significant — what changed and what remained the same —about Britain in the Nineties. There is almost nothing here about demography and how the population of the country was altering in age and origin. There is, amazingly, only the most passing consideration of the impact of the internet and globalised communication (which took off in the Nineties). In fact there is scant consideration of globalisation itself and its effect on the British economy and British workers.”

A Classless Society: Britain in the 1990s by Alwyn W Turner The Omnivore